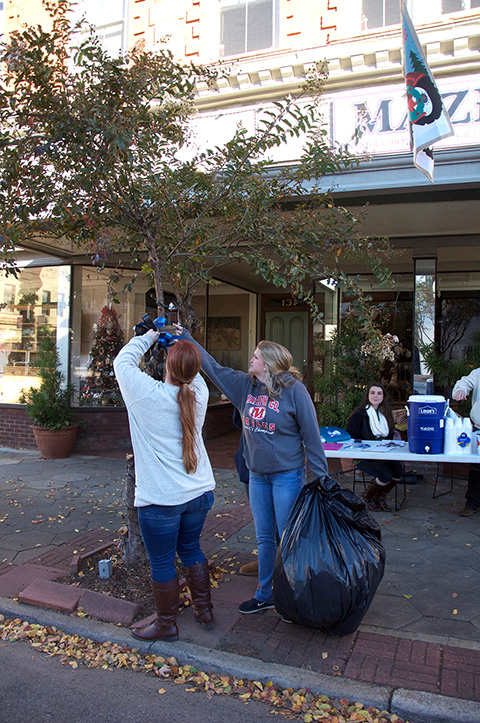 Blue ribbons are being displayed on trees and businesses downtown and elsewhere to show respect for the two young police officers slain here earlier this week. Shown here, a blue ribbon is hung in front of The Maze while supporters shown in the background are taking orders for t-shirts commemorating the officers. All proceeds go to the victims’ families.