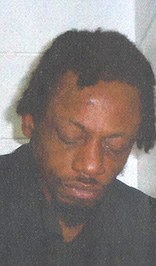 AMERICUS — On Friday, Dec. 2, at approximately 5:15 a.m., officers of the Americus Police Department responded to the area of Felder Street in Americus in reference to a report of suspicious activity. Further investigation led to a foot pursuit of the suspect who was apprehended in the 700 block of Harris Street.
Arrested was 38-year-old Antonio B. Reddick, black male of Warner Robins. Recovered at the time of the arrest was a .22 caliber pistol. Reddick was charged by the Americus Police Department with the following offenses: possession of a firearm by a convicted felon, possession of a firearm during the commission of a felony, obstruction of officers, and loitering and prowling. Reddick has been arrested 10 times since 1996, and is currently being housed at the Sumter County Jail.

On Monday, Dec. 5, at approximately 2:58 a.m., officers of the Americus Police Department located on Judy Lane a 2002 Chrysler Van that had been reported stolen on Nov. 7. A canvass of the neighborhood was conducted by officers and a foot pursuit of a suspect ensued. The foot pursuit ended in the 400 block of Judy Lane with the arrest of the suspect.
Arrested was a 54-year-old black male, Gregory James Ellis of Albany. Ellis was charged by the Americus Police Department with the following offenses: obstruction of officers, theft by receiving stolen property, possession and use of drug related objects, two counts of criminal trespass from the Lakeshore Drive incidents on Nov. 26, and an outstanding parole warrant from Albany. Ellis has now been arrested 38 times since 1979, and is being housed at the Sumter County Jail.
The above cases are still under investigation.