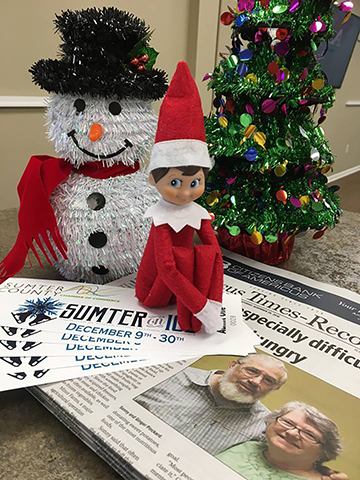 The Americus Times-Recorder’s Christmas elf began his December visits on the front counter of the Ga. Highway 27 East office of your hometown newspaper.

AMERICUS — The Americus Times-Recorder sponsored a Sumter on Ice ticket giveaway during December on the ATR’s FaceBook page.
The ATR’s Christmas elf “went” all over town, visiting several places, and having his photo made and posted on FB. 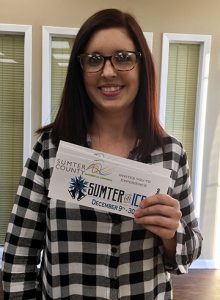 Jenny Story was the first winner of Sumter on Ice tickets.

The first person to correctly guess the location of the ATR’s Christmas elf won tickets to Sumter on Ice, an event brought to Americus by the Americus-Sumter Chamber of Commerce. 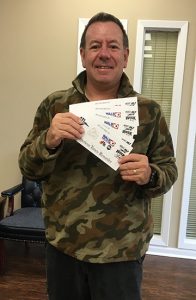 Rob Brown of Americus was a winner also. He planned to use his tickets to Sumter on Ice for his granddaughter’s birthday celebration.

Jesse Harbuck is shown with the tickets he won. 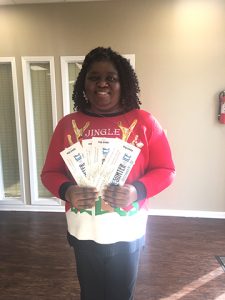 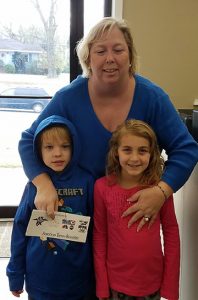 Teresa McCook planned to take her grandchildren to Sumter on Ice with the tickets she won in the contest.