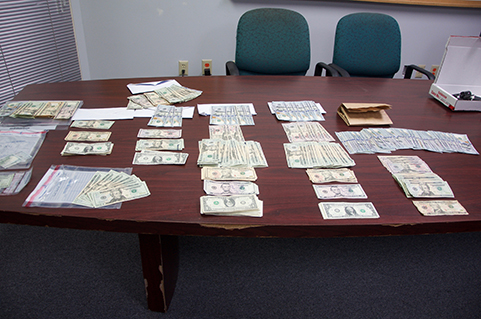 The cash seized at Saturday's raid of a dog-fighting ring near Leslie.

LESLIE — A weekend raid of a dog-fighting ring near Leslie resulted in the arrests of eight people, and the seizure of approximately $18,000 in cash and eight vehicles, as well as the rescue of three dogs. Those arrested are from Americus, Jackson, Douglas, Hoboken, Fitzgerald, in Georgia, and Jacksonville, Fla. They are being housed in the Sumter County Jail.

Read more details in the Wednesday edition of the Americus Times-Recorder and www.americustimesrecorder.com