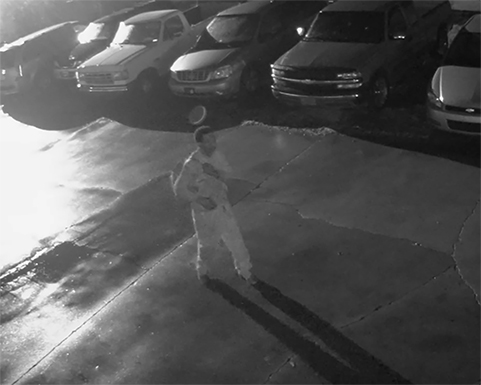 This is a screen shot from security video taken at Gear Master Transmission of a suspect who stole from several vehicles at the business in the early-morning hours of Wednesday.