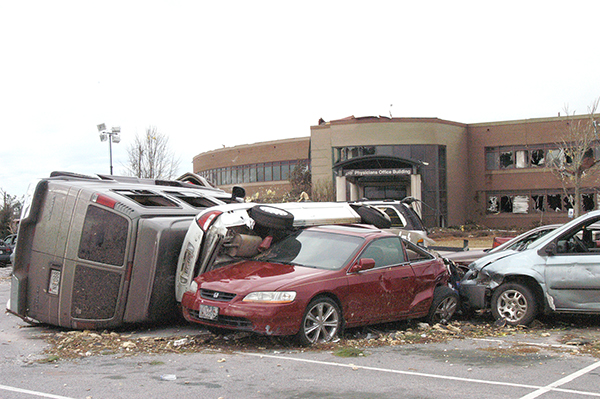 Today marks the 10-year anniversary of the EF3 tornado that struck Americus in the evening hours of March 1, 2007. Although there were two deaths and millions of dollars in damages, the community survived and has reclaimed itself. This photo shows vehicles parked at Sumter Regional Hospital that were thrown around like toys by the winds that destroyed the medical facility. 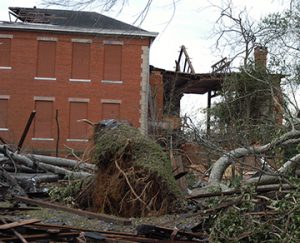 The former Rees Park School, home to Sumter Players, was heavily damaged. The Times-Recorder will publish a 10-year retrospective in the coming weeks on the tornado and how far the community and how far it’s come.