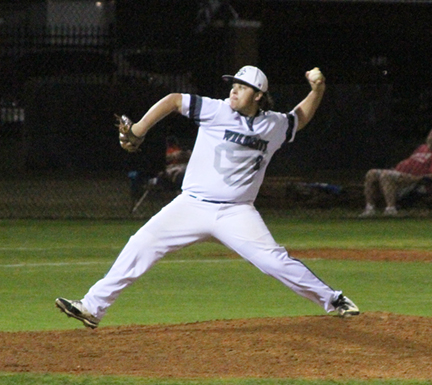 MICHAEL MURRAY I ATR: Schley County’s Dylan Windham winds up to throw a heater during a Feb. 24 contest in Ellaville. Windham struck out five batters in five innings of work for the Wildcats in their Feb. 28 match-up against the Macon County Bulldogs in Montezuma.