Chiefs Day at the state capitol 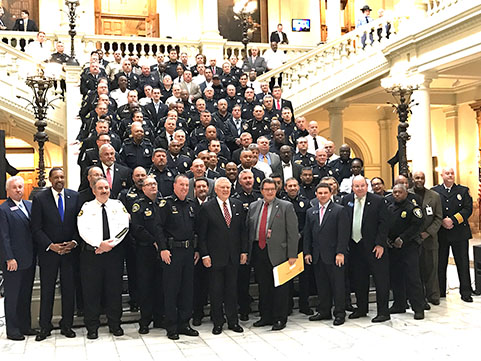 On March 14, the Georgia Association of Chiefs of Police hosted ‘Chiefs’ Day at the Capitol.’ Over 100 chiefs of police from across the state, including Americus Police Chief Mark Scott,  met in Atlanta to discuss legislation currently being considered by the Georgia House and Senate. The chiefs then spent time at the capitol meeting with state representatives and senators from their home districts before meeting in the Capitol Rotunda to hear a message from Gov. Nathan Deal.  The participants spent the rest of the afternoon discussing goals for the association with incoming association president, Dennis Nelson, who will be sworn in during the summer conference in July.