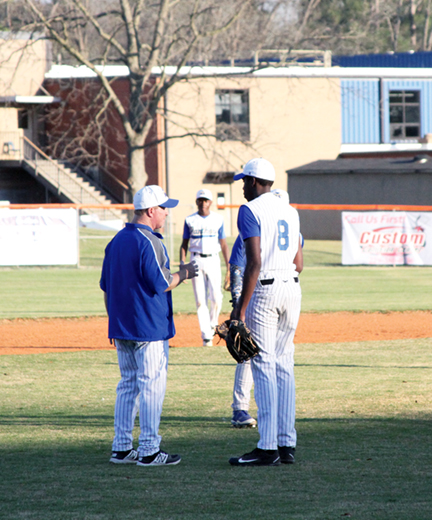 ALBANY – The Americus-Sumter High School (ASHS) Panthers brought home an exciting win over the Westover Patriots on March 21 in Albany.
In the road match-up, the Panthers jumped out to an early lead and continued to build upon it, eventually earning a 13-4 victory.
The win marks the Panthers’ second in Region 1-AAAA competition this season.
Westover opened the scoring in the test, plating one runner in the bottom of the first frame. ASHS answered with four runs in the top of the second.
Both teams fell silent for the following two innings before, in the top of the fifth, the Panthers managed to add three more runs to their tally.
The Panthers exploded again in the top of the sixth, tacking on five more runs before putting the game away with one final point in the seventh inning.
Westover scored one run in each of the final three stanzas to suffer the nine-point loss.
The Panthers’ batters were on fire in the match-up, with Brandon Alford and Braelin Williams leading the way with three hits apiece. Christian Mable and Devin Hudson both collected two hits.
Hudson and Josh Lusane both drew a pair of walks.
Kendall Butler, T. J. Rush, and Mable each contributed two RBIs to the victory. Williams, Hudson, and Alford batted in one runner apiece.
In total, the Panthers logged 13 hits in the game while holding Westover to only six.
T.J. Rush and Terrende Rush both contributed a stolen base.
Butler did six innings’ worth of work on the hill for the Panthers, facing 27 batters and striking out seven along the way. Williams came in in the final frame to wrap up the match. Williams sent one batter back to the dugout.
On March 22, the Panthers dropped a tough decision to the Taylor County Vikings. The team returned to their home diamond on March 24 to battle the Shaw Raiders. The results of this match-up were not available at press time.
ASHS will return to action on March 31, traveling to Columbus to test their skills against the Hardaway Hawks. The team will continue their road stint on April 4, hitting the road for Ocilla to face Irwin County.
ASHS will return to Americus on April 7, looking for a repeat performance in a tilt against Westover on their home field.