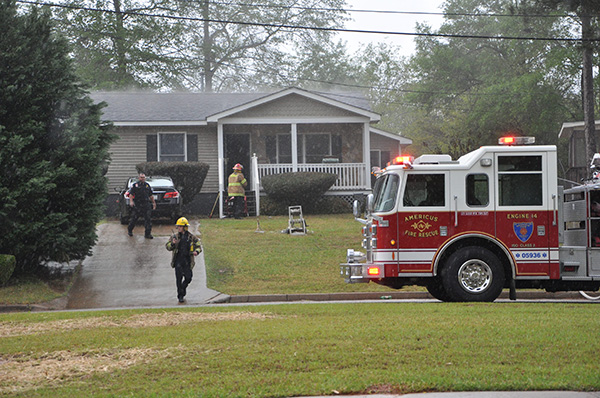 This house on Hosanna Circle in north Americus was struck by lightning during severe thunderstorms Monday afternoon. No one was injured but there was a fire in the rear section of the home, according to Americus Fire Chief Allen Erkhart.

A severe thunderstorm early Monday afternoon caused downed trees and power lines, and a house fire in Americus caused by a lightning strike. A possible tornado caused damages in Ellaville. 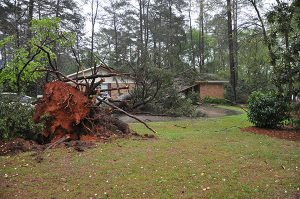 This house on Rawley Road in north Americus was struck by a huge pine tree that fell during the severe thunderstorms Monday. The tree clipped the back of the house and went through the carport area. No one was injured. 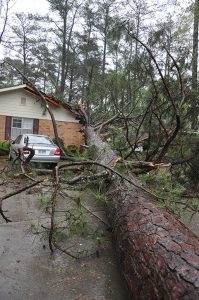 A closer look at the tree that fell on the home on Rawley Road Monday afternoon. 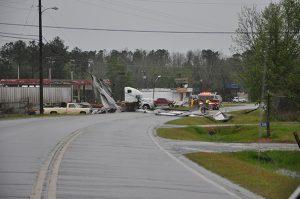 Roads were blocked by la enforcement going into Ellaville Monday afternoon after a possible tornado caused damages. This is the view into town from Broad Street.

More details will be published as soon as they are available.