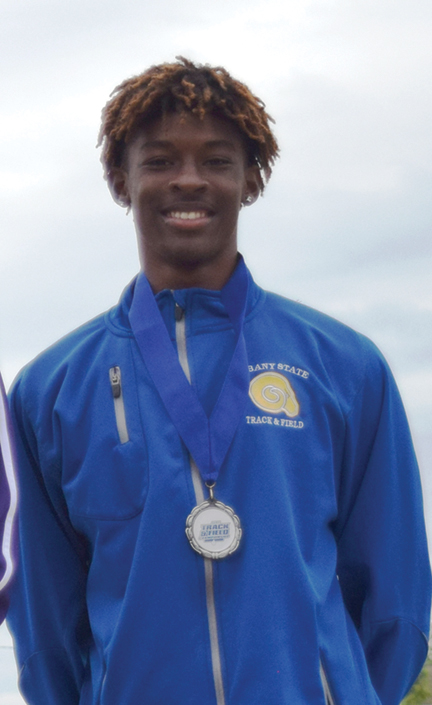 BRADENTON, Fla. – On the weekend of May 25-27, Albany State University (ASU) track and field star, Cervantes Jackson, reached new heights at the 2017 NCAA Division II Outdoor Track & Field Championships.
After placing fourth in the men’s long jump on the first day of the tournament, Jackson earned a spot in the history books on Friday afternoon.
Jackson won the national title in the men’s triple jump at IMG Academy.
The talented young athlete wasn’t finished, however, as he returned to the track the following day to earn another national title. Jackson recorded a personal best in the high jump to win his second national title at the event.
In the triple jump event, Jackson recorded a leap of 16.30 to lead the field and earn the top spot. In last year’s national meet, he finished fifth in the triple jump.
Jackson is Albany State’s first national champion in track and field since 2009. That year, Ronnie McGirt won the 110-meter hurdles.
In the high jump event, Jackson recorded a height of 7’1” to defeat Tanner Stepp of Carson-Newman, who finished at 6’11.75”.
Jackson is the first Golden Ram in ASU history to win NCAA titles in two field events.
With his two national titles and fourth place finish in the long jump on Thursday, Jackson will be named as an All-American in all three events.
With 25 points as a team, the Albany State men tied with Chico State for eighth place at the tournament among a field of over 100 competing schools from all over the country.
2017 NCAA Division II Outdoor Track & Field Results-http://www.leonetiming.com/2017/Outdoor/NCAADII/.