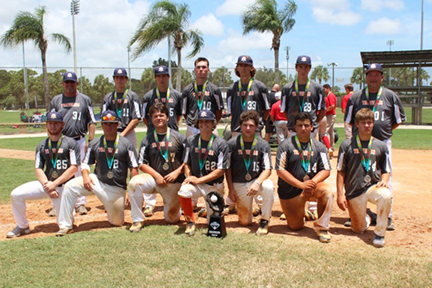 PHOTO BY VANESSA WALL: The Americus Travelers pause for a moment to take a photo with the runner-up trophy after wrapping up the AAU National Championship on July 13 in Vero Beach, Fla.