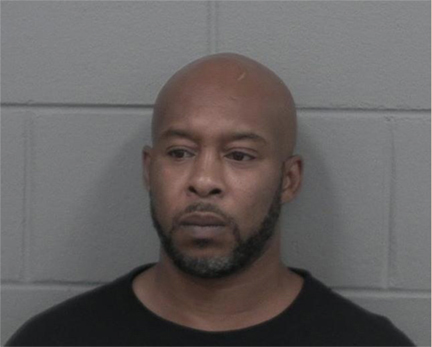 Submitted by Sumter County Sheriff's Department: Cory Hill, above, was apprehended this morning in Americus by local authorities.

AMERICUS — At approximately 9:15 a.m. Thursday, the Sumter County Sheriff’s Office, along with the U.S. Marshal’s Service Macon Office, arrested Cory Hill, 33, of Meloy Drive Columbus. Information was received by authorities that Hill was staying at the 8 Inn on Martin Luther King Jr. Boulevard in Americus, under a different name. Surveillance was conducted on Wednesday and the early hours of Thursday, authorities entered room 113 and took Hill into custody without incident.
Hill had arrest warrants issued by the State Board of Pardons and Parole and an additional felony murder warrant from Muscogee County. Hill was being held at the Sumter County Jail awaiting transport to the Muscogee County Jail.
According to reports published in the Columbus Ledger-Enquirer, warrants were issued for Hill in the shooting death of 43-year-old Ruby Lloyd, whose body was found July 17 in her residence on Meloy Drive. Authorities told the newspaper that when family members didn’t hear from Lloyd for several hours, her body was found around 1:30 a.m. July 17 and her pickup truck was missing from the residence. The newspaper says Hill was Lloyd’s live-in companion, and that her family said the two grew up together.
Authorities said Hill had been seen in Dawson, Georgia, after fleeing Columbus.