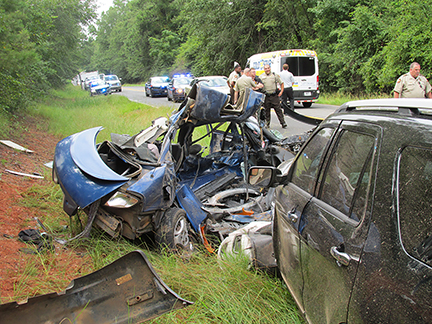 AMERICUS — One driver was killed and the other injured in a traffic crash just south of Americus on Ga. Highway 377.

He identified the fatality as Erika Castro Salgado, 19, of Americus, who was driving a Pontiac Sunfire. The other vehicle, a Ford Explorer, was driven by Susan G. Fussell, 57, of Americus.

The trooper said Castro was traveling south when her vehicle left the roadway onto the right shoulder. The driver overcorrected and crossed the center line, striking the SUV and “causing the SUV to t-bone the car,” according to Willingham, who said it appeared that Castro had been ejected from her vehicle.