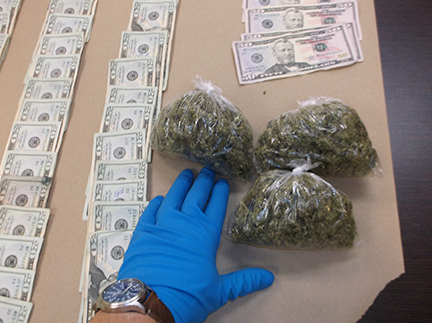 While investigating the domestic dispute, officers arrested Javonta Edge for possession of marijuana with intent to distribute, and possession of a firearm during the commission of a crime. Officers seized the marijuana along with a quantity of cash and several loose pills.