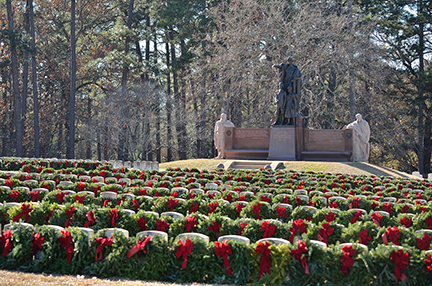 Over 3,000 wreaths placed on  veterans’ graves in   National Cemetery 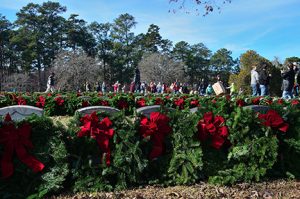 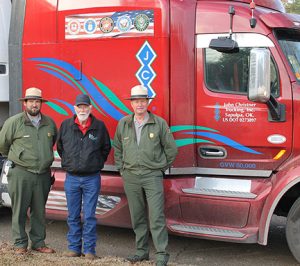 truck drivers stayed an extra day to come back and help place the wreaths on Saturday, Dec. 16.
Over 250 visitors paused during the busy holiday season to gather at Andersonville National Cemetery and honor the military men and women who have fought and died for our freedom. Park Superintendent Charles Sellars and Lt. Col. Robert Kelly of the Civil Air Patrol spoke during a brief ceremony. Kelly encouraged those placing wreaths to speak the name of each fallen veteran as a way to keep their memory alive. Sellars shared the amazing story of Pvt. Harold S. Hirschi, a soldier and prisoner of war who was buried at Andersonville National Cemetery this year, 75 years after his death.
Hirschi served in World War II. He was captured by the Japanese in 1942, in the Philippines, and survived the Bataan Death March. He died as a prisoner of war at Cabanautan prison camp and was buried in a mass grave with 13 other prisoners. In 2017, three-quarters of a century after his death, Hirschi’s remains were returned to his family. He was laid to rest with full military honors on June 28, 2017, in Andersonville National Cemetery. Earlier this month, Hirschi was one of those honored with a wreath in remembrance of his service and sacrifice. 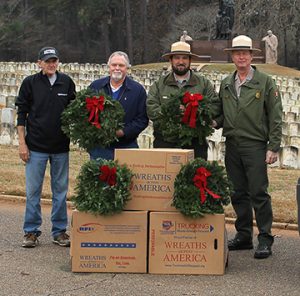 The over 3,000 wreaths placed this year present a beautiful and awe-inspiring sight for visitors to Andersonville National Cemetery. The goal is to ensure that, over time, each of the more than 20,000 gravesites in the cemetery is decorated with a wreath at least once.
Throughout the month of December, wreaths may be placed on graves by visitors or delivered directly to a specific gravesite by a local florist. To find the location of a specific grave, please visit http://gravelocator.cem.va.gov or contact the National Prisoner of War Museum for assistance.