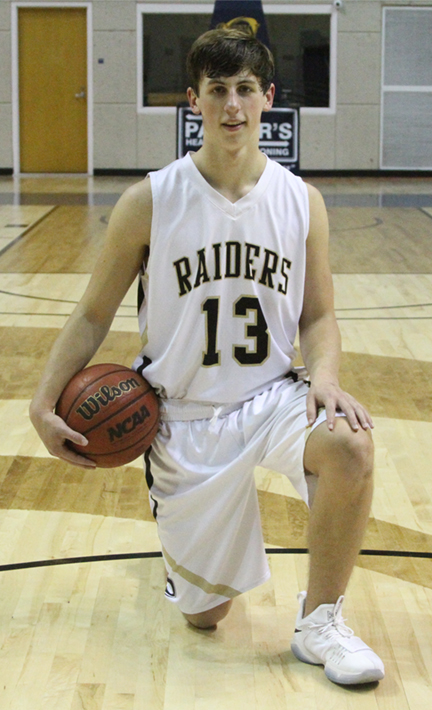 Southland Academy Senior Point Guard Alex Roach scored the 1,000th point of his career back on January second against Westfield.

AMERICUS –  Many athletes and, for that matter, non-athletes, achieve milestones. Examples of professional athletes achieving milestones would be Hank Aaron’s 715th home run to break Babe Ruth’s record for most home runs ever hit in a career, pitcher Don Sutton winning his 300th game, or simply a couple celebrating 50 years of marriage on their 50th wedding anniversary.

Southland Academy Senior Point Guard Alex Roach has reached a milestone of his own.  Back on January 2 against Westfield, Roach scored the 1,000th point of his career in front of the home crowd at Southland Academy. While Roach played basketball for fun growing up, he really didn’t take it seriously until Middle School.

As he got into high school, Roach put in the work to prepare himself­­­­­ for this moment. “Coach Foster use to have us shoot 1,000 shots a week during the Summer”, Roach said. “I would shoot with assistant coaches Eric Israel and Nathan Greene.”

Roach is one of three seniors on the Southland squad. His fellow senior teammate, shooting guard Harrison Bell, has benefited richly from playing with Roach. “It’s been amazing. He’s a great teammate”, Bell said. “He shoots the ball well. I love to play with him.”  Roach’s other senior teammate, guard Siage Batten, has also benefited from having Roach as a teammate. “It’s been a great experience. Since I first came here, he’s been a great teammate…a good shooter and fun to play with.

As far as his hobbies other than basketball, Roach likes to hunt, be in the outdoors and play video games. As far as academics are concerned, Roach’s favorite subject is Math.

Southland Head Coach Rundy Foster couldn’t be more pleased with Roach’s development these past four years. “It’s been a pleasure to coach him. He’s been a hard worker”, Foster said. “He’s been in the program for a while, so he knows what I expect from him. He’s done a good job throughout the years for us.”

As far as his plans for college, Roach would like to study Forestry. According to Coach Foster, a few out-of-state NCAA Division III schools have contacted Roach along with his fellow senior teammate Siage Batten.