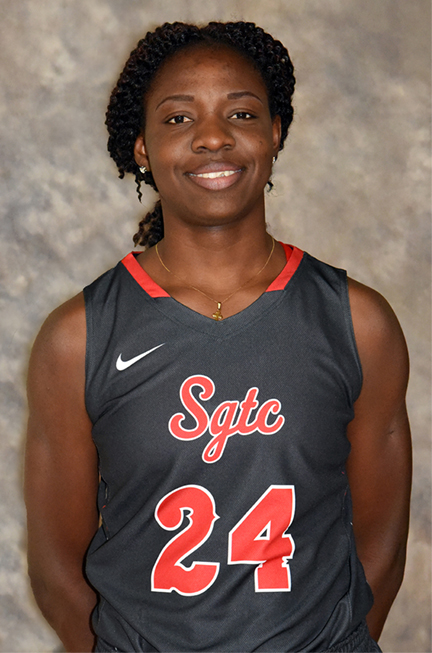 AMERICUS – South Georgia Tech sophomore forward Esther Adenike, a native of Lagos, Nigeria, was named as the Division I Women’s Basketball Player of the Week for the Georgia Collegiate Athletic Conference (GCAA) this past week.

Adenike averaged 21.5 points, 15 rebounds, three assists, 4.5 steals and four blocks in two Lady Jets wins this past week. This is Adenike’s fourth time to be named the conference’s Player of the Week and the 11th time that an SGT Jet or Lady Jets player has been named as Player of the Week.

The Lady Jets have clinched the GCAA regular season crown. They are 23-5 overall and 15-1 in the conference. Their only conference loss was to Central Georgia Tech in a 74-71 decision in January.