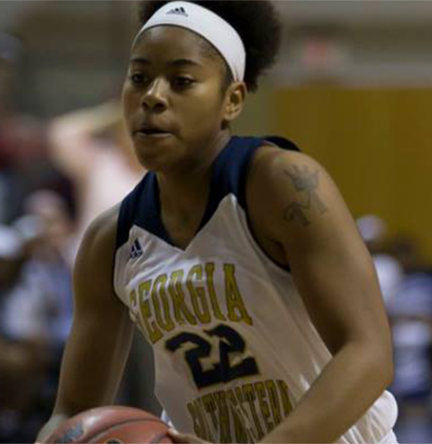 MORROW, GA – The Lady Lakers of Clayton State jumped on Georgia Southwestern State early and never looked back on their way to an 84-55 victory over the Lady Canes on Wednesday, February 21, at Clayton State.

GSW’s Mariya Trimble did what she could, leading GSW with 18 points and nine rebounds.

The loss drops the Lady Canes to 8-17 overall and 5-16 in the Peach Belt Conference.

Clayton State improves to 14-13 overall and 11-10 in the PBC. Abreyln Rackley led the Lady Lakers with a double-double, scoring 25 points and grabbing 10 rebounds.

Clayton State jumped out to a 20-8 lead in the first quarter. They shot 41% from the field, while GSW shot just 25%. The Lady Canes shot better in the second quarter, going 7 of 14 from the field. However, GSW committed six turnovers, which led to five points for Clayton State. By halftime, the Lady Canes trailed by 17.

Trimble recorded her seventh-straight game scoring in double-figures. She was one rebound short of recording her fourth double-double of the season.

The GSW Women’s Basketball Team will wrap up its season on Saturday, February 24, with a road game at North Georgia. Tip-off is scheduled for 1:30 p.m.