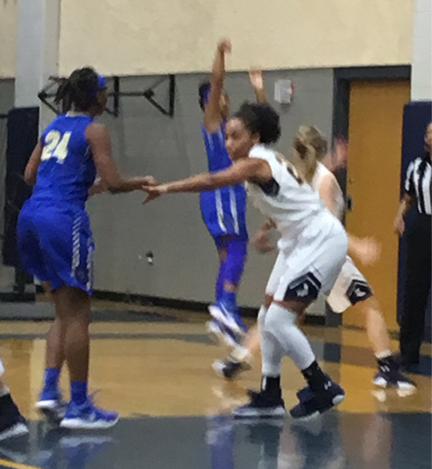 ATLANTA – The Americus-Sumter Girls Basketball Team used defensive pressure and clutch free-throw shooting in the fourth quarter to pull off an upset over Marist 42-37 in the quarterfinals of the GHSA Class 4A State Basketball Tournament.

“We played outstanding defense,” ASH Head Coach Sherri Harris said. “We knew what we were coming into. We did what we had to do to win a championship. We played defense and we made free throws.”

Jykiera Long led the Lady Panthers with 19 points and DeAsia Ford scored 12. Diarra Oden led the War Eagles with 15 points. Marist finishes their season at 23-3, while Americus-Sumter (24-7) heads to the Class 4A Final Four. They will be playing Henry County (28-1) on Friday, March 2, at Fort Valley State University. Tip-off is scheduled for 2 p.m.