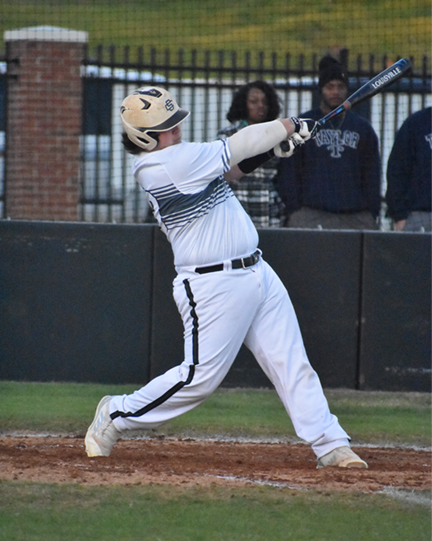 Trent Bivins, Lorne Barineau, Cameron Belcher, Dylan Taylor and Chance Hollomon all combined for a one-hit shutout. Hollomon wrapped up the shutout when Austin Duffey grounded into a double play to end the game.

The Wildcats scored three more runs in the bottom of the second inning. Vanlerberghe hit a fly ball that was misplayed by right fielder Dylan Holbrook. Vanlerberghe advanced to second on the play. Law then singled to center field, scoring Vanlerberghe. Later in the inning, with a runner on second, Cameron Belcher homered, making the score 8-0. That would end up being the final score, as the Eagles were held scoreless for the rest of the game. Marion County also committed four errors, enabling the Wildcats to score runs.

The Wildcats scored eight runs on six hits and committed no errors.  Trent Bivins started the game on the mound for Schley County. He worked two innings, allowing no runs, hits or walks and struck out four. Lorne Barineau and Cameron Belcher each worked an inning. Both didn’t allow any runs, hits or walks. Dylan Taylor worked two innings, allowing no runs or hits. He walked one and struck out three batters.

Chance Hollomon finished up the game. He allowed no runs or hits and walked one batter.

The Wildcats (7-1, 5-0) were going to play Lee County in Leesburg on Monday, March 12, but that game was cancelled due to weather. They will travel to Crawford County on Tuesday, March 13, for a region game against the Eagles. First pitch is scheduled for 6 p.m.