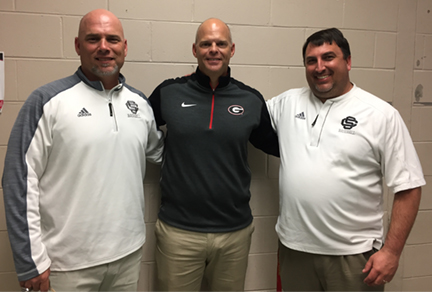 ELLAVILLE – Schley County head baseball coach Chuck Cheek has been named the Americus Times-Recorder Coach of the Year. Though the Wildcats weren’t able to defend their GHSA Class A Public state championship this year, they came close to it, reaching the state quarterfinals before getting swept by Bowdon 6-5 and 5-3 on Friday, May 11.

Cheek simply said that he is honored and humbled to receive this award. Under his leadership, the Wildcats have won two of the last three GHSA Class A Public state championships. With that success, the bar has been raised at Schley County. “Even a good season doesn’t seem good enough, at least not to the coaches and players at Schley County,” Cheek said.

Cheek has had several players come through his program that have gone on to play college ball. Blake Howell, a pitcher, is in his sophomore season at Abraham Baldwin Agricultural College (ABAC). So far, Howell has appeared in 17 games and has a 5-4 record with 54 strikeouts.

Will Barry is a freshman outfielder at Andrew College in Cuthbert, GA. Barry batted .327 with 43 hits, 11 of them doubles. Barry has driven in 23 RBIs, walked 22 times and has three stolen bases for the Tigers. Former Schley County standout Reid Ragsdale is playing on the Junior Varsity for Faulkner University.

Georgia Southwestern State University starting pitcher Mitch Holloway finished up his career with the Hurricanes this Spring. This former Schley County Wildcat finished his GSW career with 145 strikeouts and only 71 walks. 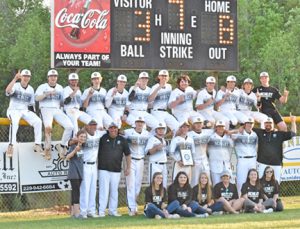