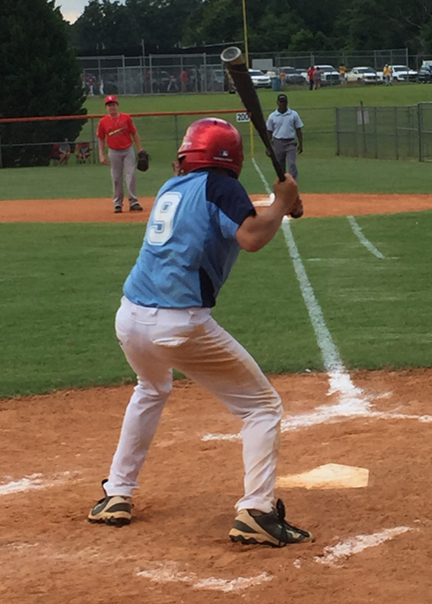 AMERICUS – After winning the Hawkinsville Invitational Tournament on Thursday, June 7, the 12u Sumter County All-Star baseball team picked up right where they left off Friday afternoon, June 8, by defeating Lee County-Jeff Hall by the score of 11-1 on the first day of the Kiwanis Baseball Tournament at the SCPRD baseball complex.

Lee County has two teams in the 12u Division. One is coached by Jeff Hall and the other is called Lee County-Red.

As they did against Dooly County the night before in Hawkinsville, Sumter County brought out the lumber once again, scoring 11 runs on 10 hits, including a grand slam home run in the second inning by Will Godwin. Godwin belted a home run against Dooly County in Hawkinsville on Thursday. “I just came up there and I hit my pitch: inside right in the middle. I just crushed it,” Godwin said. “We need to just keep playing hard and keep being energized. We’ve been doing really good. We won the last tournament. We need to keep hitting dingers,” Godwin continued. 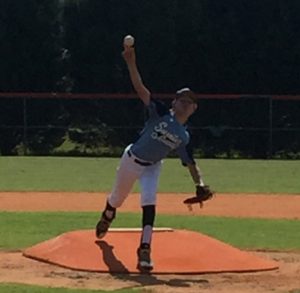 Sumter County actually got the long ball going at the start of the game. Travis Pennington, the lead-off batter, hit a home run in the first to put Sumter County in front. This was followed by three more runs in the first inning. 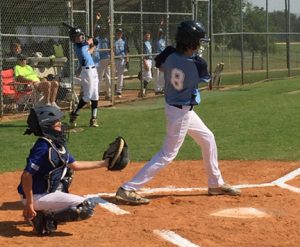 The boys from Americus blew it open in the second inning by scoring six runs on four hits, including the grand slam by Godwin. The Lee County team scored their only run of the game in their half of the second. With one out, Chase Bell drew a walk, stole second and advanced to third on a wild pitch. After Conner Hall struck out, Austin Paul singled home Bell, but that would be the only run the team from Leesburg would score.

“We continue to live off the long ball and we’re just continuing to do the basics, which is good pitching and good hitting,” Sumter County Head Coach Philip Exley said. While he is happy with the win, Coach Exley knows that his squad will face stiffer competition as they progress in the tournament. “I think the competition tomorrow is going to step up dramatically than what we’ve seen this week,” Exley said. “Right now, I want the boys’ mental focus to not be overconfident, and just to get ready for some real stiff competition.”

It’s been a few years since the Kiwanis Baseball Tournament has been played. The tournament runs Friday through Sunday, June 8-10, at the SCPRD baseball complex. There are teams from two age groups: 12u and 10u. Teams from as far away as Moultrie, Albany and Worth County are participating in this tournament.