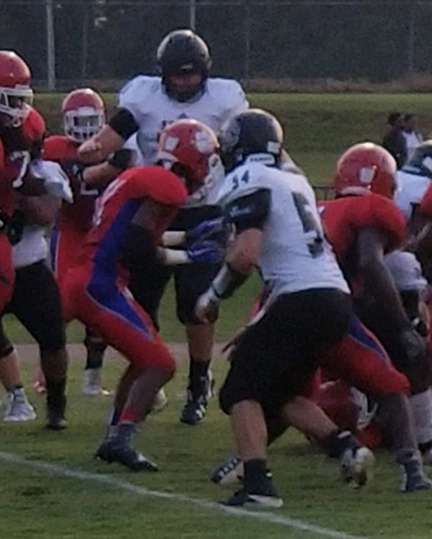 EDISON, GA – The Wildcats of Schley County showed what they were made of and that they had the character to persevere and never quit. They were down 22-12 to Calhoun County. However, the Wildcats stormed back to take a 27-22 lead and went on to win 47-28. 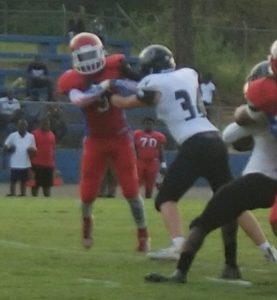 The Wildcats took the lead later in the game. Running back Jamyron Clayton scored from six-yards out to give the Wildcats the lead. William Blackwell’s extra point was good, and the Wildcats had come back from 10 points down to take a 27-22 lead.

The Cougars responded by scoring another touchdown and converting the extra point to take a 28-27 lead.

However, later on in the game, the Wildcats tried an on-side kick and recovered the ball. Jakim Hart then scored an 11-yard touchdown to give the Wildcats a 33-28 lead. The Wildcat defense was able to hold the Cougar offense and got the ball back. They proceeded to score another touchdown. This one was a five-yard run by Zamon Ross. Sampson converted the two-point conversion, and Schley had a 41-28 lead. The Wildcats had outscored the Cougars 29-6 after being down 22-12. The Wildcats scored another touchdown near the end of the game. This one was by Landon Dailey from three-yards out. Schley County went on to win 47-28.

Quarterback Garrett Peavy was 6 of 14 for 85 yards and two touchdowns.

The Wildcats are off next week. They will host Spencer on Friday, September 7. Kickoff is scheduled for 7:30 p.m.