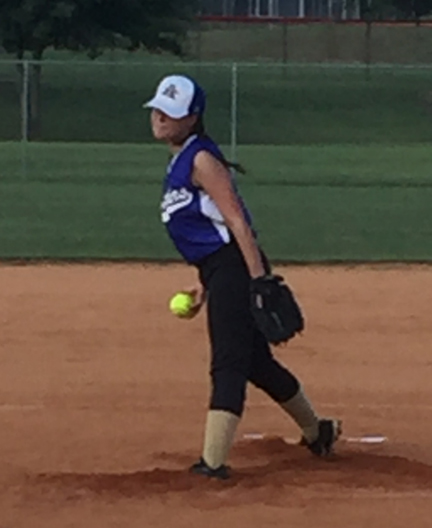 AMERICUS – Americus-Sumter’s pitching problem reared its ugly head again as the Lady Panthers of Pataula Charter Academy took advantage of numerous walks, wild pitches and passed balls in the top of the first inning to leave Americus with a 17-0 shutout on Monday, August 27, at Americus-Sumter High School.

ASH starting pitcher Trinity O’neal tried her very best to locate her pitches in or near the strike zone. Occasionally, she was able to do that. However, she struggled with her control and walked numerous Pataula batters. This led to 11 runs for Pataula in the first inning before O’Neal was relieved by Taylor Garcia. Garcia gave up five more runs to Pataula before the top of the first inning was over.

Americus-Sumter went in order in the bottom of the first against Pataula starting pitcher Shelby Weiss. The Pataula Lady Panthers scored one more run in the top of the second. Grace Houston led off with a single and Kyra Freeman hit a sacrifice fly, scoring Houston to make it 17-0 Pataula. Fortunately for the Americus-Sumter Lady Panthers, Garcia was able to get out of that inning with no further damage. 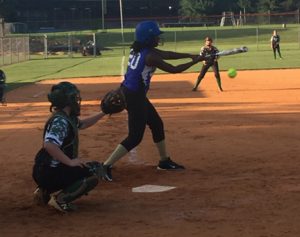 Americus-Sumter centerfielder Brianna Pope tries to get on.
Photo by Ken Gustafson

Unfortunately for Americus-Sumter, they were not able to generate any offense. Brianna Pope struck out, but the catcher dropped the ball and her throw to first base was mishandled, allowing Pope to reach first. However, Americus-Sumter was not able to take advantage of the situation, and ended the bottom of the second with no runs.

Pataula’s Maya Crain led off the top of the third with a walk and went all the way to third base on a wild pitch. However, Garcia settled down and struck out the next three Pataula hitters.

Americus-Sumter had one more chance to score enough runs not to get run-ruled. Unfortunately, India Hughley struck out. Sophie Lorens grounded out and Nyjah Carson grounded out to end the game.