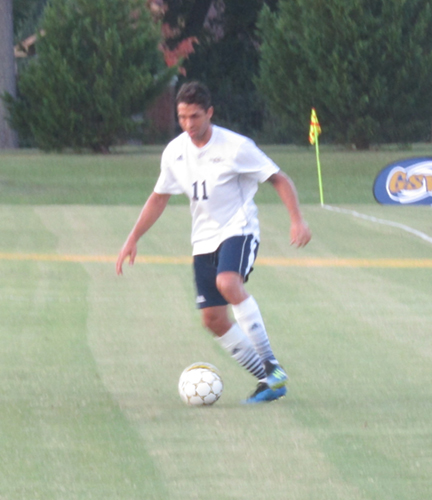 AMERICUS – The Georgia Southwestern State University Men’s Soccer Team had a tough night against Spring Hill College as they fell to the Badgers 3-0 on Wednesday, September 19, at Hurricane Field.

“Spring Hill is a good team. They won 13 ball games last year,” GSW Head Coach Warren Russ said. “It was a difficult night for us. We had our chances, but we didn’t take them.”

From the start of the game, the Badgers had the run-of-play. They possessed the ball for the majority of the match. The Badgers put a lot of pressure on the Hurricanes’ back line and had several chances to score in the first half. GSW goalkeeper Matthew Sherry had to make a few saves to keep the score level at 0-0.

However, in the 23rd minute, Spring Hill finally broke through. Tilman Shober crossed the ball into the box to Eldi Seiti, who tapped it past a diving Sherry to give Spring Hill a 1-0 lead. The Badgers continued to control possession, putting GSW’s defense under duress. However, the Hurricanes were able to hold on to keep the score at 1-0 Spring Hill at the half. 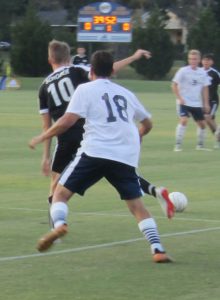 The second half began much like the first half did. The Badgers controlled most of the possession. In the 60th minute, the Badgers added to their lead when Diogo Sousa scored. The Hurricanes were able to show some life offensively as they were able to create some chances. Jonathan Sayers sent the ball into the box. Dylan Marshall got his foot on the ball, but sent it wide of the net. The Badgers got their third goal of the match in the 67th minute as George Brown scored to give Spring Hill a 3-0 lead.

Even though they were down 3-0, the Hurricanes created more chances to score late in the game. One shot went off the Spring Hill goalkeeper and hit the post. Unfortunately for the Hurricanes, they were not able to score and lost the match 3-0.

The Hurricanes (2-4-1) have now lost three straight. They will try to end that streak when they begin PBC play in Morrow, GA against Clayton State College on Saturday, September 22. Kickoff is scheduled for 3:30 p.m.