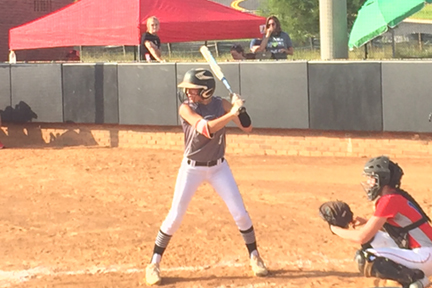 “In both games, we started out slow, but we came on strong towards the end,” Schley County Head Coach Jody Sellars said. “We had a bunch of steals. We’ve stolen 101 bases out of 105 attempts this year. That has been a big part of our success.” Sellars went on to say that his club has two big weeks left in the season, and that they are tied atop the region with Marion County. Sellars also mentioned that the Lady Wildcats are ranked #5 in the public-School power rankings.

Schley County starting pitcher Saige Whaley gave up only one run on four hits against Manchester. She struck out three and walked two.
ATR Archive

Against Manchester, the Lady Wildcats got off to a strong start, but their big inning came in the fifth. They plated seven runs that inning to put the Lady Blue Devils away 13-1. Phillips led the Lady Wildcats offensively. She went 3-for-4 at the plate and scored two runs. Nyiah Kelley went 2-for-3, scored two runs and drove in two more. Landon Whaley also had a good day at the plate. Whaley went 2-for-3 and drove in an RBI. Phillips, along with the Whaley sisters, had doubles in this game. Emily Campbell, who went 1-for-4, had a triple. She scored two runs and drove in two RBIs.

Saige Whaley got the start in the circle for the Lady Wildcats. Whaley pitched five innings, giving up one run on four hits. She walked two batters and struck out three.