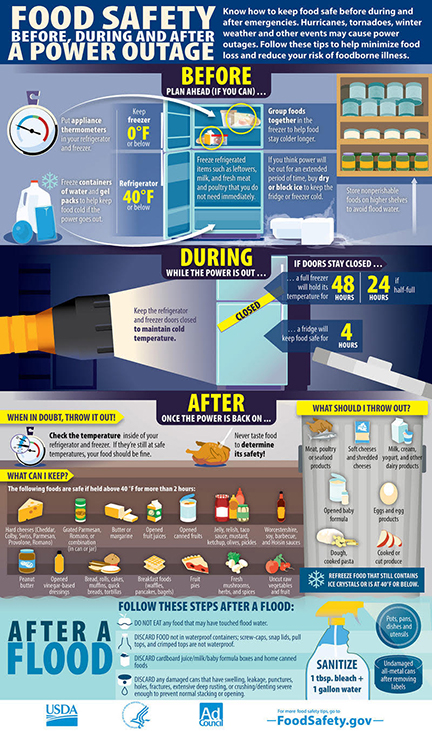 AMERICUS — As homeowners and business owners dig out from under the damage caused by Hurricane Michael, they are advised to take extra caution.

• Never touch or step on wires or cables lying on the ground or across vehicles, structures, or streets. They could be live. Call 911 so public safety personnel can assess the situation. Don’t risk electrocution.

• Being that there are thousands of people without power after the hurricane, many are turning to the use of a generator. Never use a generator indoors or in any semi-enclosed location with poor ventilation. There was a local death from such misuse after Hurricane Irma last year. Don’t risk death by asphyxiation. Take the generator outside.

• If your refrigerator/freezer lost power, be aware of the dangers of eating spoiled foods. See chart about what to keep, what to toss.

• County and municipality offices were to reopen Friday. Sumter County Sheriff’s Chief Deputy, Col. Eric Bryant, said the Sumter County Jail, after losing power Wednesday night, was switched to a generator, but it had burned out. He said they were taking steps to rectify the situation Thursday morning.

• Regarding schools, Georgia Southwestern State University will not have classes on Friday. South Georgia Technical College  will also remain closed on Friday. Southland Academy will be closed Friday, but will be playing a football game at the scheduled time of 7:30 p.m. at Valwood in Valdosta. The expected Fall Break for Sumter County Schools is Friday; therefore, schools will reopen Monday. 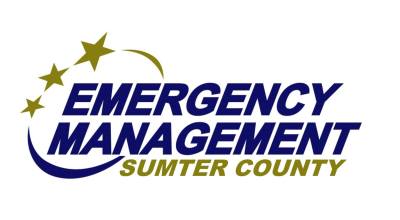