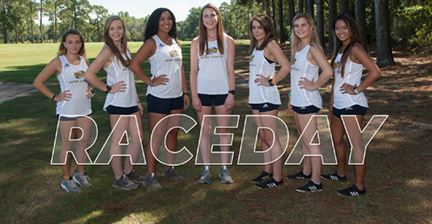 The GSW Women’s Cross Country team travels to Milledgeville, GA on Saturday, October 20, to compete in the Bobcat Invitational. Photo by GSW

The meet will be hosted by Georgia College, the #6 ranked team in the nation and a fellow Peach Belt Conference opponent. There will also be some ranked NCAA Division I, Division II and Division III teams participating as well.

Florida State, ranked 29th in the country in the Division I rankings, will be in Milledgeville competing. The University of Alabama-Huntsville is ranked #2 in the nation in the NCAA Division II top 25 rankings. They will be competing in the Bobcat Invitational, along with two other D-II schools: #8 ranked University of Montevallo and #10 ranked Augusta University. Emory University, the top-ranked team in the country in the NCAA Division III rankings, will be there as well. This will provide serious competition for the Lady Hurricanes.

The race begins at 9:30 a.m. Results will be posted at www.facebook.com/GCBobcats.