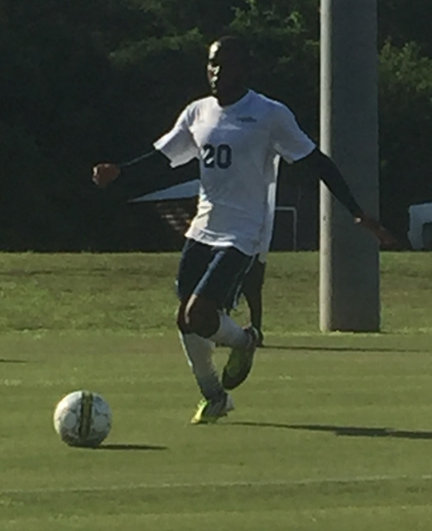 Chris Avery, a senior defender from Tyrone, GA, played in his last soccer match as a GSW Hurricane on Saturday, October 27. Avery scored the lone goal for GSW in a 3-1 loss to the University of North Georgia. ATR Archive

AMERICUS – The 2018 season for the Georgia Southwestern State University men’s soccer team came to an end Saturday evening, October 27. The Hurricanes lost their final match of the season by the score of 3-1 to the University of North Georgia at Hurricane Field.

It was Senior Night at GSW, and eight seniors were honored before they graced the GSW pitch for the final time.

The Hurricanes came out strong early in the match, but UNG’s Adam Dowdy put the Nighthawks ahead in the 12th minute of the match. Jarrod Smalley took a long free kick into the box and it was knocked in by Dowdy to give UNG a 1-0 lead. Seven minutes later, Smalley scored off of an assist from Till Lammertz to give the Nighthawks a 2-0 lead. The Hurricanes fought back when senior Chris Avery scored in the 29th minute off of an assist from fellow senior Jonathan Sayers to cut the deficit to 2-1. 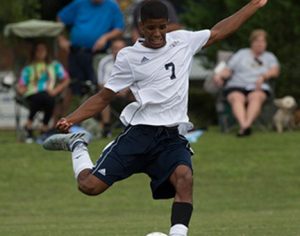 GSW forward Jonathan Sayers, a senior from Dacula, GA, assisted on a goal in his final soccer match as a GSW Hurricane.
Photo by GSW

However, UNG regained a two-goal advantage when Matheus Abreu sent in a corner kick to an undefended Prince Domafriyie, who touched it past GSW goalkeeper Francesco Bazzano to give UNG a 3-1 lead. It was a very physical match, and both teams had chances to score more goals. The Hurricanes accumulated five yellow cards, while North Georgia accumulated two. Bazzano came up with some outstanding saves for the Hurricanes. Unfortunately, however, GSW would lose the match 3-1.