Panthers take care of business against Dougherty in region opener 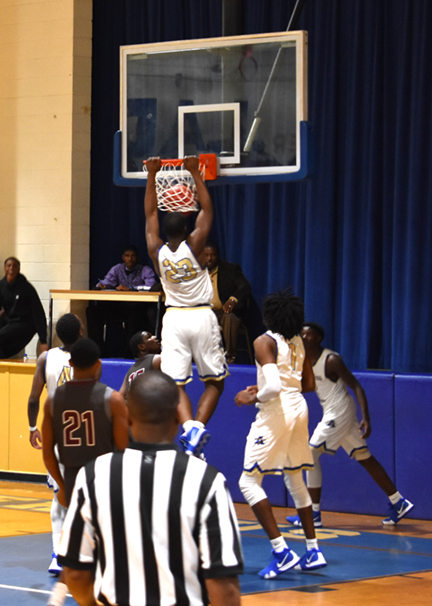 AMERICUS – The ASHS Panthers (2-0, 1-0) took care of business Tuesday night, November 27, as they jumped out to a 44-32 halftime lead and went on to win 87-58 over the Dougherty Trojans at Americus-Sumter High School.

“I was very pleased with the performance of my team tonight,” ASHS Head Coach Michael Hoffpauir said. “It was great to get the first region game in the win column.”

Joshua Lusane led the way for the Panthers with a double-double. He scored 18 points, grabbed 12 rebounds and dished out five assists. Traveon Brown also scored in double-figures for the Panthers. Brown scored 16 points on the night. Nine of those points came from three-pointers from beyond the arc. Two other players were in double-figures. Joshua Moore scored 11 points and Mike Flemming scored 10. David Sumlin and Quevoluia Willoughby each chipped in eight points in the winning cause. 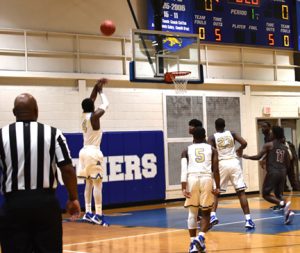 The Panthers got the job done at the free-throw line. As a team, they made 11 of 14 free throws for the game (88 percent). Lusane made six out of seven of his free-throw attempts, shooting 96 percent. The Trojans were led in scoring by Rod Jones with 21 points and Will Riggins scored 12. Dougherty falls to 2-2 overall on the season and 1-1 in Region 1-AAAA play.

Up next for the Panthers is a rematch with Lee County on Saturday, December 1, in Leesburg. Tip-off is scheduled for 7:30 p.m.