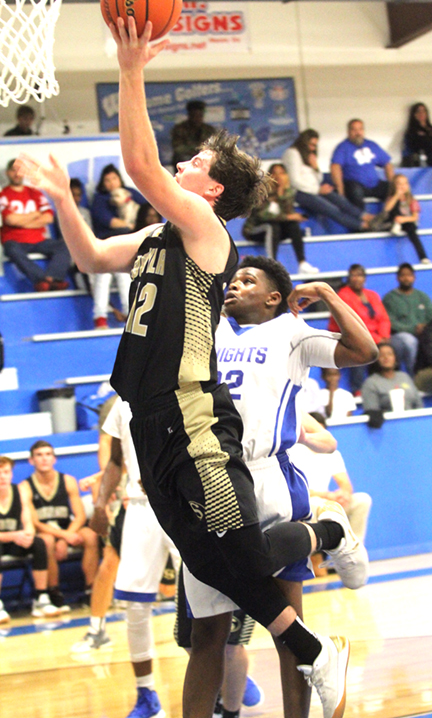 Southland’s Chandler Studdard posted his second double-double of the season. He scored 11 points and grabbed 11 rebounds in the Raiders’ 52-45 win over Windsor Academy. Photo by Sheri Bass

MACON, GA – Southland Academy forward Chandler Studdard posted his second double-double of the season as he scored 11 points and grabbed 11 rebounds to lead the Raiders to a 52-45 victory over the Windsor Knights Friday, November 30, at Windsor Academy in Macon, GA.

Max Foster led the Raiders in scoring with 14 points, but Studdard was able to keep the Knights off the boards and score 11 of his own.

In the first quarter, neither team separated themselves, and WA owned a 12-9 lead by the end of the quarter. The Knights continued to maintain the lead in the second quarter, and by halftime, SA trailed 24-16. 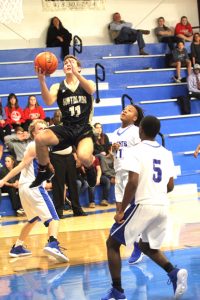 Southland’s Landon Law goes up for a shot.
Photo by Sheri Bass

The Knights had two players in double-figures. Joe Woolfolk led all scorers with 19 points on 8-of-14 shooting. Shaheed Butler chipped in 10 points on 4-of 6 shooting for the Knights.

Southland Academy improves its record on the season to 2-0. The Raiders will host Southwest Georgia Academy on Tuesday, December 4. Tip-off is scheduled for 8 p.m.