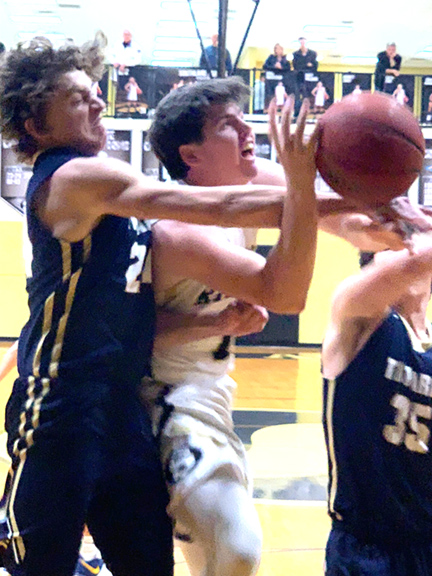 AMERICUS – After a tough loss against Glenwood (AL) on Saturday, January 5, the Southland Academy Raiders had a week to fix the things that went wrong, both offensively and defensively. Thanks to a crucial three-pointer by Luke Law late in the game, the Raiders took a 32-28 lead. That would prove to be important as the Raiders would hold on to win their Region 3-AAA contest over Tiftarea Academy (TA) 36-31 on Friday, January 11, at Southland Academy (SA).

The Raiders struggled for most of the game on both ends of the court, but made enough plays in the fourth quarter to get the victory.

“Even though we played poorly for the first three quarters, in the fourth quarter, we did enough defensively and offensively to pull out the victory,” Southland head coach Rundy Foster said.

Chandler Studdard led the Raiders in scoring with 11 points and Luke Law had 10. Triston Scarberry and Dylan Harbort each led the Panthers with 14 points. 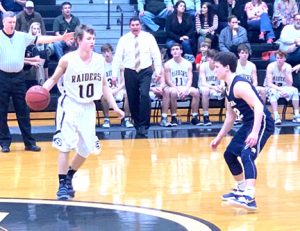 Southland guard Max Foster running the Raiders’ offense in the waning moments of the game against Tiftarea Academy.
Photo by Ken Gustafson

The Raiders got off to a rough start as the Panthers jumped out to a 7-0 lead. SA responded by scoring five-straight points, including a three-pointer by Luke Law. However, TA punched back as they scored eight unanswered points to close out the first quarter leading 15-5.

However, a little over a minute into the second quarter, a technical foul was called against the Panthers. This seemed to get the Raiders going. They went on a 9-0 run, capped off with a basket by Nathan Duke. With 6:03 to go in the half, Duke was fouled and went to the line to shoot two shots. Duke made one of two, tying the score at 15-15.

The Raiders got a steal and Duke was fouled once again. This time, he made both foul shots to give SA its first lead of the game. The game was evenly-played for the remainder of the first half, and the Raiders went into halftime leading 20-18. 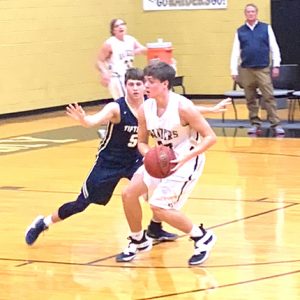 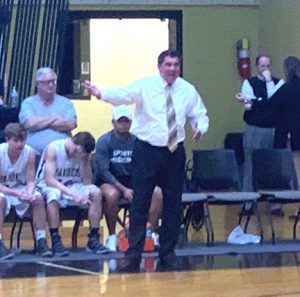 Studdard tied the game at 26-26 with a little over six minutes left in the game. The winner of this game would be the team that made more plays, made the fewest mistakes and made their free throws. The Raiders still struggled to score as time was winding down, but they took a 29-28 lead on a rebound and put-back by Studdard. Then with 2:32 left, Luke Law nailed a three-pointer to give the Raiders a four-point lead, prompting a timeout by Tiftarea head coach Mike Patrick. That three-pointer by Law proved to be a crucial basket. 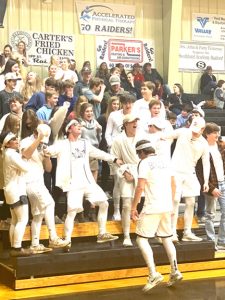 The Southland Student Section cheers on the Raiders to victory.
Photo by Ken Gustafson

The Raiders increased their lead to six points when Studdard scored another basket. After a basket by the Panthers, the Raiders had the ball with 45.6 seconds left. James Griffin was at the foul line. Griffin missed the front end of a one-and-one, but the Panthers weren’t able to score on the other end. The Raiders got the ball, passed through the Panthers’ full-court press and found Luke Law for a layup to seal the 36-31 victory. 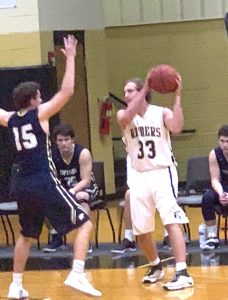 With the win, the Raiders currently stand a top the Region 3-AAA standings at 2-0. 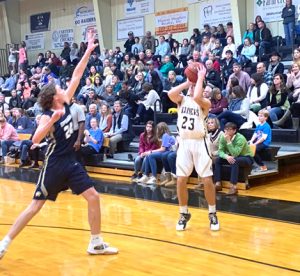 Southland guard Luke Law shooting a three pointer early in the game. Law hit a crucial three-pointer in the closing minutes to help the Raiders win 36-31 over Tiftarea Academy.
Photo by Ken Gustafson