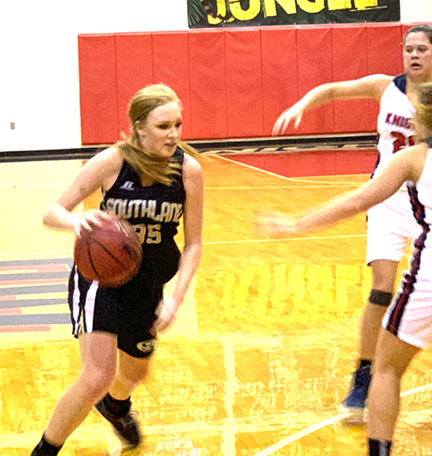 ALBANY – After Friday night’s 48-23 Region 3-AAA win over Tiftarea Academy, the Southland Academy Lady Raiders faced a much tougher test when they took on the Lady Knights of Deerfield-Windsor in Albany on Saturday, January 12. It was a very fast-paced, physical game with both teams diving on the floor for the ball. However, turnovers and missed opportunities to score in the second half hurt the Lady Raiders as Deerfield-Windsor (DWS) was able to pull out a 32-28 victory.

The Lady Knights jumped out to 13-8 lead by the end of the first quarter. However, the Lady Raiders scored the first three points of the second quarter, capped off by a free throw from McCain. With 2:30 to go in the half, McCain was fouled again and sank both free throws, tying the game at 13-13. 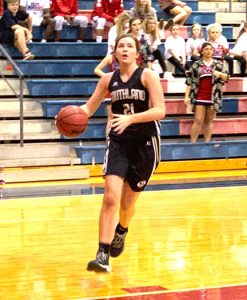 Southland forward Macy Williams with the ball against DWS. Williams and Holly McCain each led the Lady Raiders in scoring with eight points.
Photo by Ken Gustafson

On SA’s next possession, Sydney Payne gave the Lady Raiders the lead on a jumper with just under two minutes left in the half. Both teams missed easy layups on the inside on their next possessions, and both teams headed into halftime with the score tied at 15-15.

McCain opened the scoring in the third quarter by making another free throw, but Jamia Lofton nailed a three-pointer to give the Lady Knights an 18-16 lead. Both teams traded baskets until McCain was fouled again and made both free throws to give the Lady Raiders a 20-19 lead.

Haleigh Warren scored on the inside to increase SA’s lead to 22-19. However, the Lady Knights scored five unanswered points, capped off by a three-pointer by Warrington. The Lady Raiders held the ball for the last shot, but were unable to convert. The final quarter would begin with DWS in front 24-22.

The Lady Knights took a 27-24 lead with a little over five minutes to play on another three-pointer by Warrington. DWS scored another basket before Southland head coach Ty Kinslow called a timeout with 2:41 left in the game. 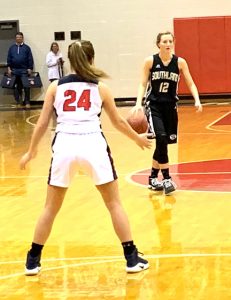 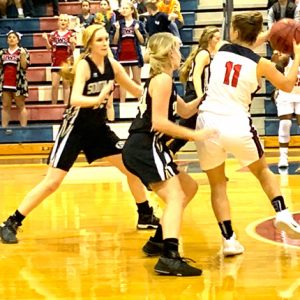 The Lady Raiders will try to bounce back when they continue Region 3-AAA play on the road against Brookwood on Tuesday, January 15, in Thomasville. Tip-off is scheduled for 6:30 p.m.