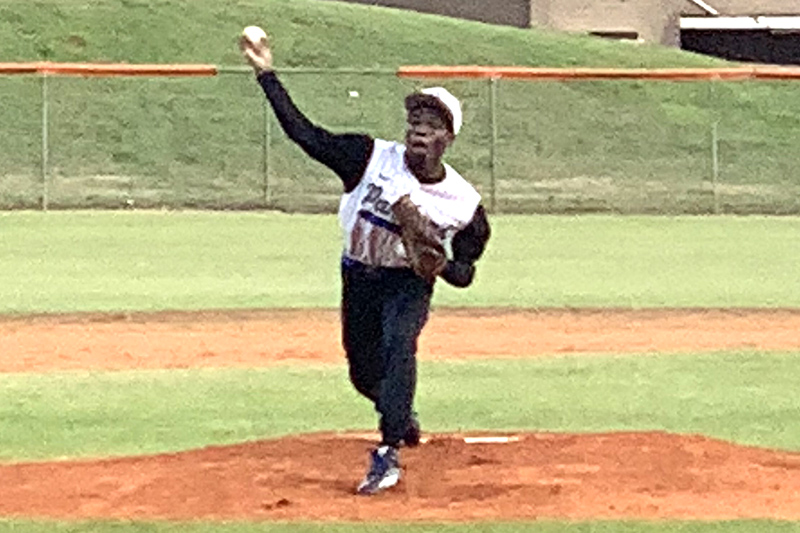 Americus-Sumter starting pitcher Terrende’ Rush struggled on the mound against the Eagles of Northside (Warner Robins). Photo by Ken Gustafson

AMERICUS – The Americus-Sumter baseball team was hoping to rebound from their season-opening 10-0 loss to the Eagles of Northside (Warner Robins) on Monday, February 11. However, in the second meeting between the two teams, NWR starting pitcher Tyler Wilson no-hit the Panthers and went 4 for 4 from the plate, driving in in three RBIs to lead the Eagles to a 19-0 Valentine’s Day massacre over ASHS on Thursday, February 14, at Thomas Bell Stadium.

In spite of his team’s disappointing performance, ASHS new head coach Brandon Mitchell saw some bright spots in the game. “Actually, even though the scoreboard didn’t show it, we improved on hitting and getting on base. That’s one area that we have improved on very much,” Mitchell said. “We need to work on our pitching. We need to work on our defense. Overall, we’re going to get better as a team. We’re a very young team. We’re hungry. We are going to come out here and work a lot harder. That way, this will never happen again. We’re just excited to get back at practice. As soon as we get back to practice, we’re going to continue to work on getting better.”

In the top of the first inning, the Eagles scored two runs off of ASHS starting pitcher Terrende’ Rush. It got difficult for Rush right off the bat when he walked the leadoff hitter Javier Rodriguez to start the game. He then hit the next batter, Levi Walker. With two men on and nobody out, both Rodriguez and Walker stole third and second base respectively. Then Hunter Price hit a sacrifice fly to the Panthers’ left fielder Lemario Larry. Rodriguez scored on the play to give NWR a 1-0 lead. 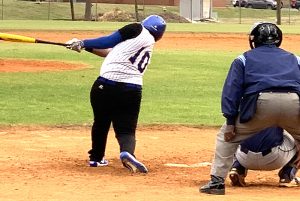 Fortunately for the Panthers, no further damage was done in that inning as Mitchell Upshaw grounded out and Cam Staten flew out to end the threat.

The Eagles responded in the top of the second inning by scoring nine runs on seven hits. There were also two hit batsmen (batters hit by a pitch), wild pitches, passed balls and walks that led to the barrage of runs scored.

The Panthers struggled to get anything going offensively against Wilson for the entire game. Wilson only walked one batter and struck out nine. 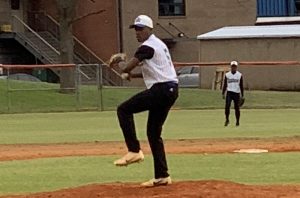 In the bottom of the second inning, the Panthers were able to get two men on base with nobody out. Devin Hudson reached on an error by Rodriguez at shortstop. Jayce Hollis then drew a walk to put men on first and second with no outs. However, the Panthers were unable to capitalize as both Montel Reid and Tyler Hilliard struck out. Wilson then struck out Seth Griggs to end the Panthers’ threat.

The Eagles scored eight more runs in the top of the fourth inning before the game was run-ruled.

In addition to Wilson’s domination on the mound and his output at the plate, The Eagles got tremendous production from right fielder Jacob Catey. Catey went 3 for 3 at the plate and drove in six runs.

The Panthers will try again to get their first win of the season when they host the Lions of Central (Carrollton) on Wednesday, February 20. First pitch is scheduled for 5:30 p.m.