Lusane takes over in third quarter to lead Panthers to victory 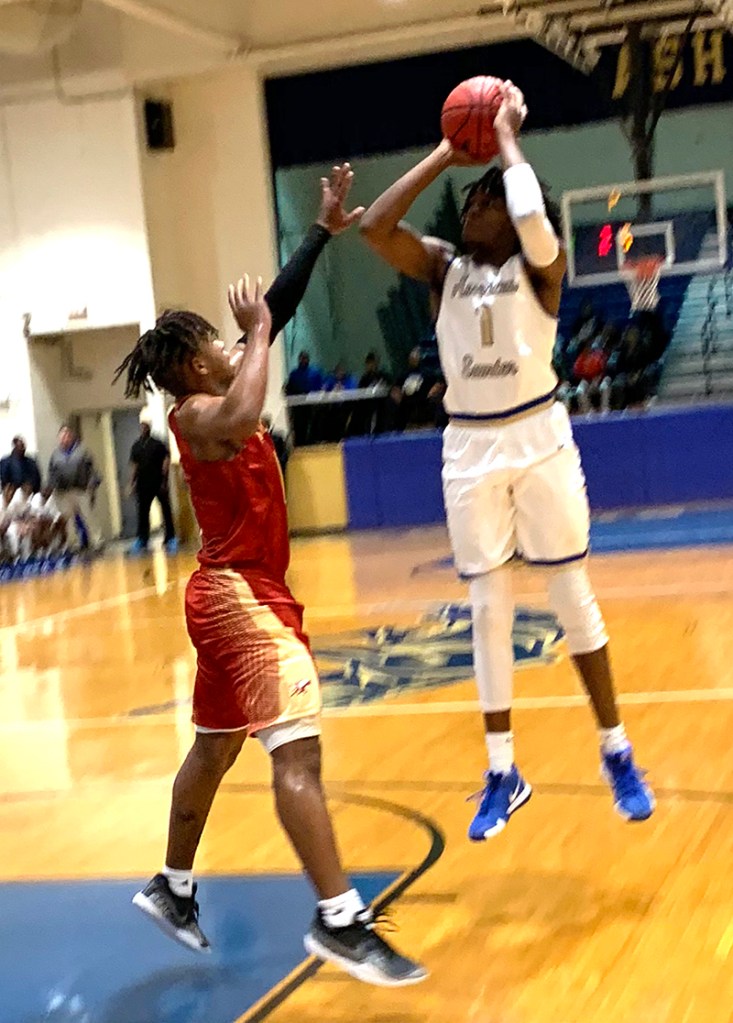 AMERICUS – Americus-Sumter senior forward Joshua Lusane scored 11 of his game-high 30 points in the third quarter to lead the Panthers (23-4) on a 15-2 run and a 72-50 win over the Seminoles of Salem (SHS) in the first round of the Georgia High School Association (GHSA) Class AAAA State Tournament on Friday, February 15, at Americus-Sumter High School (ASHS).

Early in the third quarter, the game was tied 30-30, but Lusane scored three straight baskets in transition to begin the run. The Panthers took total control from there on their way to the win.

“I felt like our team played well. They made good looks. We penetrated and drove to the basket. We got shots after shots. Eventually, we got the game won,” Lusane said. “In the first half, we just had to get use to playing with each other because we just took a loss in the region championship. We just had to get that rhythm back together. Once we got it back at halftime, we came back and got the job done.” 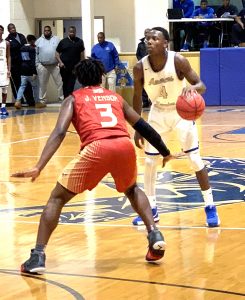 Americus-Sumter junior guard Trae Brown (4) scored 11 points in the Panthers’ 72-50 over Salem in the first round of the GHSA Class AAAA State Tournament.
Photo by Ken Gustafson

Lusane was referring to the Region 1-AAAA Tournament championship game in which the Panthers lost 55-54 to Carver (Columbus) on Friday, February 8.

“In the first half, we were a little jittery,” ASHS head coach Michael Hoffpauir said. “We didn’t score the ball the way we needed to. We had a bunch of looks. We missed a bunch of free throws. That was just nerves. It was a big game, but once we calmed down and got settled down, we started to see a few more shots go in. We picked up our defensive intensity in the second half and we did a phenomenal job defensively. That helped us out in transition. Lusane let loose and made a bunch of big baskets. That was big for us.” 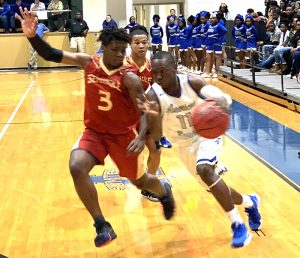 The Salem Seminoles finish their season at 17-10. They were led in scoring by senior point guard Lance Smith with 22 points. Senior guard Xavier Eutsey and junior guard Tahron Taylor each scored seven points in the losing cause.

“The third quarter has been our Achilles heel for all of last month really,” SHS head coach Jarrod Davis said. “We’ll come out and do well. Then we’ll come out flat and then try to regroup in the fourth. Tonight, against a strong team like Americus-Sumter, we weren’t able to do that. They (ASHS) are very aggressive. They played well. They had a game plan and they stuck to it.” 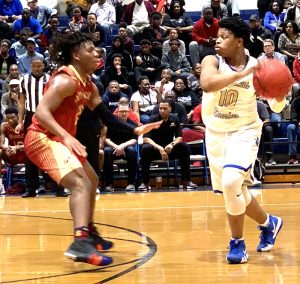 Both teams played the first half as if they were evenly matched, which, for the most part, they were, even though ASHS had a better overall record. Lusane hit a free throw for the first point of the game, but the Seminoles scored four straight points to take a 4-1 lead. Lusane tied the game on a three-pointer. Then he gave the Panthers the lead on a jumper. Both teams went back and fort for the rest of the first quarter, but SHS had a 13-11 lead by the end of the quarter. Smith scored six of his 22 points in the first quarter.

The second quarter was an evenly played quarter as well between the two teams. However, with the score tied 22-22 with 2:04 to go in the half, Lusane was fouled, but a technical was assessed to the Seminoles as well. Melton McCoy stepped up and hit the technical foul shots for the Panthers, followed by Lusane’s two foul shots. This gave ASHS a 26-22 lead. They would go on to lead at halftime 30-25. 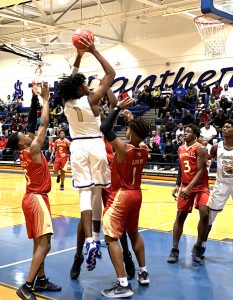 Joshua Lusane shooting a jumper early in the game against Salem.
Photo by Ken Gustafson

Lusane led the Panthers in first-half scoring with 12 points and Michael Flemming scored seven points in the first half.

For the Seminoles, Smith led them in the first half with 11 points. Tahron Taylor and Xavier Eutsey each scored five first-half points. SHS shot 7 for 10 from the foul line in the first half.

SHS came out of the gate on fire in the third quarter by scoring five unanswered points, most of them by Smith. However, at that point, the Seminoles had awakened a “sleeping giant”. The Panthers erupted with a 15-2 run led by Lusane to put themselves up 45-32. From that point on, the Seminoles were never able to cut their deficit below double-digits and were never able to get back into the game.

With 6:19 to go in the fourth quarter, Lusane scored again and was fouled. He converted the three-point play to give the Panthers a 50-35 lead. 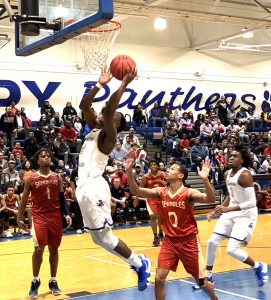 Trae Brown rebounds for the Panthers.
Photo by Ken Gustafson

SHS struggled in their half-court offense against the Panthers’ defense. As a result, they struggled to score from the inside and out and they committed turnovers. By the 4:34 mark of the fourth quarter, the Panthers had a comfortable 56-40 lead as Lusane scored again.

The Seminoles were hoping to make a last-minute comeback with 3:43 to go. Caleb Love was fouled while scoring and completed the three-point play, making the score 56-43 ASHS. At that point, Davis called timeout to draw something up to get his club back in the game.

However, the Panthers kept up the pressure and got two more baskets from Joshua Moore and Trae Brown. They would go on to win 72-50. 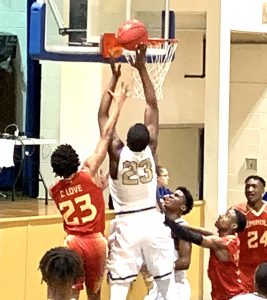 Americus-Sumter senior center Joshua Moore tries to go up and score. Moore scored 10 points in the win over Salem.
Photo by Ken Gustafson

The Panthers will await the winner between Upson-Lee (24-1) and Richmond Academy (16-9). That game will be played on Saturday, February 16, at Upson-Lee High School. Tip-off is scheduled for 6 p.m.

The Panthers will play against Upson-Lee (25-1) in the second round of the state tournament On Thursday, February 21, in Thomaston, GA. Tip-off is scheduled for 6 p.m.