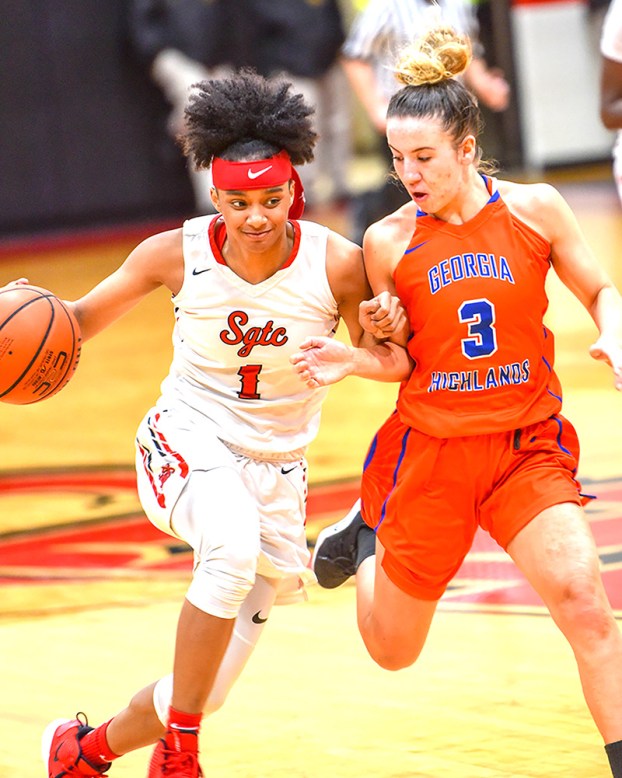 SGTC is now 17-0 in the Georgia Collegiate Athletic Association (GCAA) and 26-3 overall.

“It’s hard to beat a team three times and this was no exception,” SGTC head coach James Frey said. “We had already secured the GCAA Division 1 regular season title, but Georgia Highlands is always a tough competitor and they would have liked to have spoiled our unbeaten record in the conference.”

The Lady Jets have gone unbeaten in the GCAA only one other time in the 14-year history of the program. That was during the 2011-12 season in Brandon Harrell’s last season as the Lady Jets’ head coach. Harrell is now the head coach at GHC.

During that season, the Lady Jets went 19-0 in conference play and Harrell posted his 100th win as SGTC’s head coach during that same season.

The Lady Jets will try to stay unbeaten in the GCAA when they host Albany Tech at the Hangar on Saturday, February 23. Tip-off is scheduled for 1 p.m.