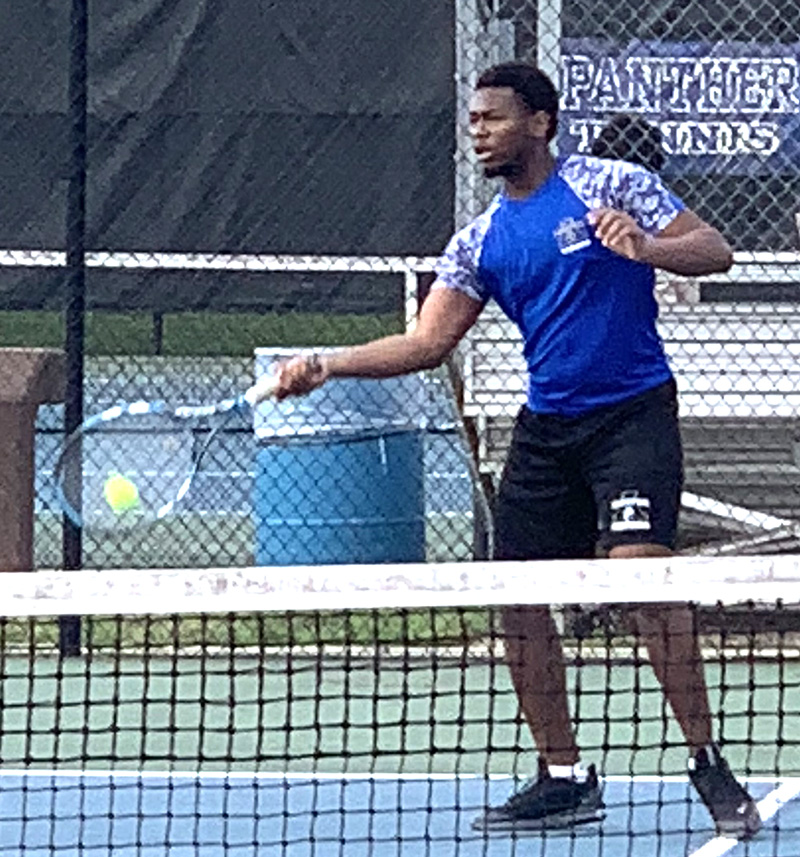 AMERICUS – It was a bittersweet day for the Americus-Sumter High School tennis program as the boys’ squad got a 3-2 win against Marion County, but the girls’ squad fell to the Lady Eagles 4-1 on Monday, February 25, at the ASHS tennis complex.

In boys’ action, the Panthers’ No. 1 singles player, Aaron John Ndaayezwi, lost to Damian Farr 4-6, 4-6. However, Braxton Cross won his match for the Panthers by beating Raymond Morris 6-0, 6-2. Unfortunately for ASHS, they were not able to get a singles sweep as MC’s Joel Jones defeated Zach Johnson 4-6, 1-6. 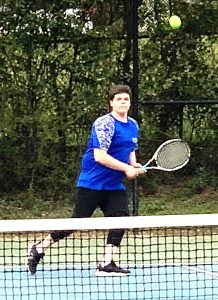 In doubles action, the ASHS team of Chris Wooden/Keldrick Flemming won an extremely hard-fought match over the MC duo of Parker Saterwhile/Dylan Scott 5-7, 7-5, 10-8. In the other boys’ doubles match, the Panthers’ team of Aaron Lewis/Chandler Reddix defeated the Eagles’ team of Kody Mincy/Kenyon King 7-5, 6-1. As a result, the Panthers came out on top 3-2.

The Lady Panthers tried to make a total sweep of Marion County, but weren’t able to do so, losing by a score of 4-1. 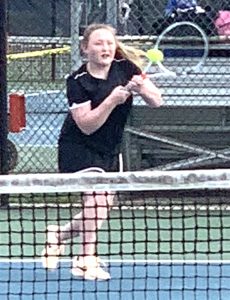 In doubles competition, the ASHS duo of Taylor Garcia/Courtney Dew lost in a hard-fought match to MC’s team of Whitney Swann/Sam Francis 5-7, 7-5, 8-10.

Both ASHS teams will travel to Columbus, GA on Wednesday, February 27, to take on Columbus High School at the Lake Bottom Tennis Complex. Both matches begin at 4 p.m.