Lannelle G. Wilson knows how to meet others’ needs 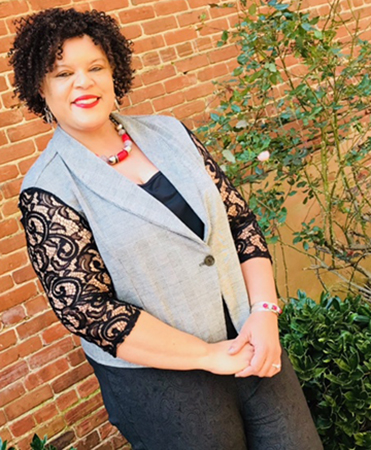 Lannelle German Wilson learned about giving to others from her mother, she said.

AMERICUS — Lannelle German Wilson is an incredibly giving member of the Americus community. She graduated Americus High School in 1989, and chose to continue her education at Fort Valley State College, majoring in social work. She obtained her bachelor’s degree in 1995. This is how she described her decision when choosing her major: “The reason I majored in social work is because I love people!” She enjoys and appreciates the presence of all walks of life.
Wilson said she has been most inspired by her mother Gail German, a retired teacher with 32 years of experience. Wilson explained how her mother played such a large role in keeping her grounded and motivated throughout her life. One of the other motivators in her life, now, is her 10-year-old daughter Jamariah whom Wilson is raising with her husband James Wilson. James Wilson is a retired Marine and they have been married for 16 years. Wilson and her daughter have a project called “Operation Wilson.” They donate toys, educational supplies, etc. to the pediatric wing of Phoebe Putney Memorial Hospital in Albany at Christmas time. In her free time, Wilson enjoys spending time with family, friends, and her sorority, Delta Sigma Theta Sorority Inc. She also enjoys reading, traveling, and shopping when given the opportunity.
Wilson began working at Magnolia Manor Nursing Center in 1997, and continued working there until 2010. She was the first African American social services director there. She supervised two social services assistants and their main job was working with the residents and making sure they maintained a high quality of life while living at the nursing home. They took care of the residents’ needs, attended “care plan” meetings, and monitored the input from the social services department. Wilson doted on the staff she worked with at the nursing center. She explained how attentive they were to everyone of their patients’ needs. The staff at the nursing center not only worked to keep the residents healthy but also to keep them happy. She recalled the love that most of them had for bingo. Wilson said, “They had bingo at least twice a week, and they loved it because they could get prizes.” Now her church, Zion Hope Baptist Church, attends and donates prizes for bingo at least once a month.
Wilson continued her work after leaving Magnolia Manor Nursing Center. In the past, she also worked at Lillian Carter Health & Rehabilitation in Plains as admissions director. She is currently working as a case manager with the mentally ill. Wilson explained that the tasks this job requires are similar to her previous job’s tasks. She says, “I am working with two different {types of} people. I used to work with the elderly but now I am with the mentally ill. The focus is still the same. I am looking at the person and realizing that they are individuals. They have their own individual needs that are different from other people’s needs. I am just there for them, listen to them, and take care of their needs.” Wilson explained that if she is not capable of meeting the needs of her patient, she investigates the issue and makes the best referral possible depending on the need.
She takes an abundant amount of pride in her work and applies all she knows about caring for others in her everyday life. Anyone who is given the privilege of being cared for by Lannelle Wilson is in wonderful hands.