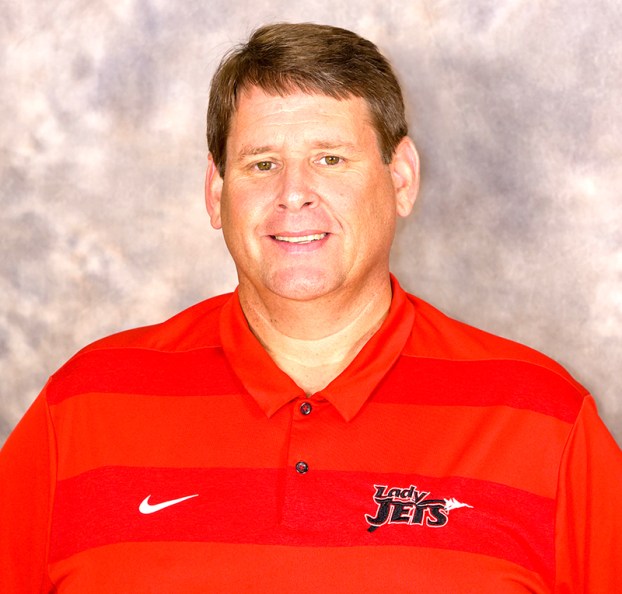 SGTC women’s head basketball coach James Frey has been named the GCAA Division I Coach of the Year for the fifth time in seven years. Photo by SGTC

This is the fifth time in seven years that Frey has been selected for this honor. The first time he was named GCAA Coach of the Year was in 2014 after guiding the Lady Jets to the GCAA Championship in only his second year at the helm. Frey was selected again in 2016 and shared the honor in 2017. Frey then earned the honor again in 2018, and has now earned it yet again for this season.

“It’s an honor to be voted by my peers as Coach of the Year,” Frey said. “We have worked really hard to build the program the right way; by recruiting quality people who are very good student athletes and who buy into our goal of maintaining excellence on and off the court. This award isn’t about me honestly. It’s about Coach Kenzia Conyers who works tirelessly in recruiting our type of student-athletes and then developing them. It’s about the young people who make the decision to come to our small community and then work so hard to be great. This is a team award and I am really happy more for them than I am for myself. It is a great honor.”

Coach Frey is extremely excited that his team has gone through the GCAA schedule unblemished at 18-0. This was the first time in seven years as head coach that Frey has been able to lead the Lady Jets to this accomplishment. In Frey’s past two seasons, the Lady Jets had only one conference loss. “I am excited for the Lady Jets to have that accomplishment,” Frey said. “They can all remember that they were a part of the undefeated conference team. However, the real work begins now. We have to step up and finish the drill.”

Frey had tremendous praise for sophomores Alyssa Nieves, Bigue Sarr, Fatou Pouye and Ricka Jackson. All of those players earned first and second team All-Region honors for their performances on the court this season.

This is also the first time that four members of an SGTC women’s basketball team have earned All-Region honors in a single season. “I’m very pleased our conference coaches saw fit to place four of our young ladies on the all-conference teams.  I am very proud of each and every one of these young ladies. They deserve this and more,” Frey said. “Each one has worked really hard this season.”

Frey thought that Nieves should have been named the conference player of the year for her play on the court. “I am disappointed that Alyssa Nieves wasn’t Player of the Year in the conference,” Frey said. “Her statistics match anyone’s and she was the best player on a team that went 18-0 in the conference. Hopefully, it will fuel her fire going into the post season.”

As far as the “real work” that Frey was referring to, that real work begins for the Lady Jets on Friday, March 1. They will be taking on Albany Technical College in the GCAA Division I semifinals at SGTC on Friday. Tip-off is scheduled for 5:30 p.m. The Lady Jets clobbered ATC 100-50 on Saturday, February 23, on Sophomore Alumni Day.

Should they win that semifinal match, they will be in the GCAA Division I Championship Game on Saturday, March 2. Tip-off for that game is to be determined.