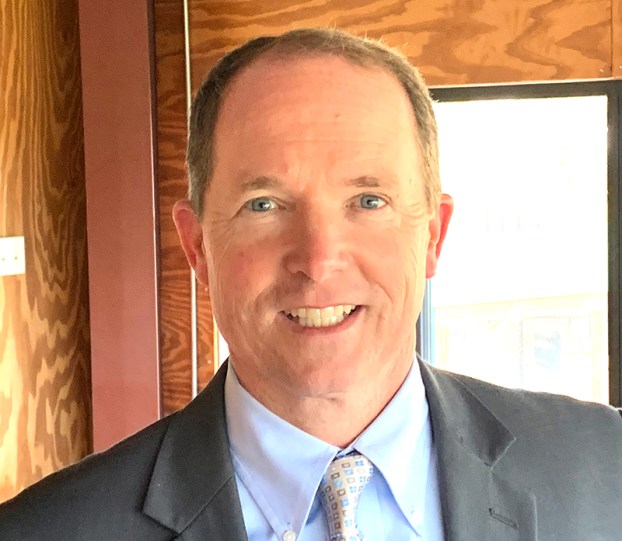 Southland Academy girls’ head basketball coach Ty Kinslow has been named the Americus Times-Recorder Coach of the Year. The Lady Raiders finished 21-5 during the 2018-19 season and made it all the way to the GISA Class AAA state semifinals. Photo by Ken Gustafson

AMERICUS – For the second year in a row, Southland Academy girls’ head basketball Ty Kinslow has guided the Lady Raiders to a 20-plus winning season. This year, the Lady Raiders finished 21-5. More importantly, they made it to the Georgia Independent School Association (GISA) Class AAA final four before losing to Holy Spirit Prep 60-32 on Thursday, February 21, at the GSW Storm Dome.

“It is always an honor to be voted as Coach of the year, especially when there are so many great coaches in our area,” Kinslow said. “Even though this is an individual award, it could not be accomplished without the Southland family of players, coaches and parents. We are fortunate to have some great players and a culture that has led to some success and recognition.”

While Kinslow was the captain of the ship, he had some outstanding crewmembers. Seniors Sydney Payne, Calyn Fort, Macy Williams and twin sisters Lauryn and Laney Griffin provided the leadership needed for an otherwise talented but young team. Kinslow, along with his father, former legendary coach Melvin Kinslow and fellow assistant coach Eric Israel, was able to instill in the Lady Raiders the importance of giving maximum effort for 32 minutes of every game, particularly on the defensive end.

As he said many times in post-game interviews with the Americus Times-Recorder. “It starts with our defense.” On several occasions throughout the 2018-19 season, Kinslow’s team would swarm their opponents with suffocating, full-court defensive pressure. They were able to force their opponents into committing turnovers and they scored points off those turnovers. There were games that were decided long before the final buzzer sounded because the defense of the Lady Raiders was so intense and stifling.

Southland will be losing Payne, Fort, Williams and the Griffin sisters. However, they will get the other returning players back next year. Maddie Crisp, Riley Mitchell, Reese Roland, Haleigh Warren, Morgan Weaver, Alli Dent, Holly McCain and Katie Rogers will be returning to help Kinslow nail down another season of 20 wins or more. The Lady Raiders will be looking to do more than just that, however. Kinslow and his squad will be looking to get two more postseason wins and claim a state championship. The Southland Lady Raider basketball program, as well as the academy itself, has the right man at the helm.