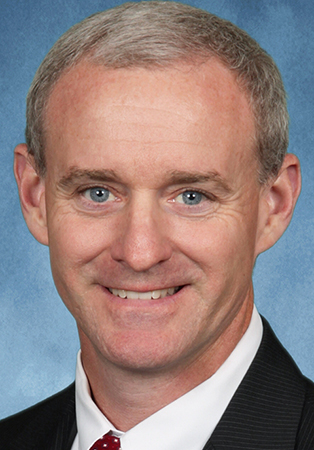 DECATUR — The Georgia Bureau of Investigation announces the promotion of Bryan Smith to Assistant Special Agent in Charge (ASAC) of the GBI Region 3 Field Office in Americus. ASAC Smith will be responsible for the supervision of the Special Agents assigned to Region 3. Region 3 conducts major investigations to include use of force investigations, homicide, aggravated assault, rape, child abuse, armed robbery, fraud, and other felonies.
Smith has been employed with the GBI for over 15 years. He began his career as a field agent in the Region 3 Office. In 2006, Smith was appointed as the Crime Scene Specialist and graduated from the National Forensics Academy in 2007, and has been a Crime Scene Specialist since that time. Smith is certified through the State of Georgia as a Crime Scene Technician and internationally through the International Association for Identification as a Crime Scene Analyst. He has served as a Technical Leader in the GBI’s Crime Scene Program.
Smith began his law enforcement career in 1993, with the Albany Police Department where he worked in the patrol and investigative divisions. He was promoted to the rank of lieutenant shortly before accepting a position as Special Agent with the Georgia Bureau of Investigation. During his time in Albany, Smith worked as a patrol officer, a patrol supervisor, a property crimes investigator, and a crimes against persons investigator.
Smith served in the Army Reserve and the Georgia National Guard from 1992 until 1998, where he trained as a Chemical Operations Specialist.
Smith received an associate of science degree in criminal justice from Darton College in 1992, and a bachelor of science degree from Georgia Southwestern State University in March 1998.