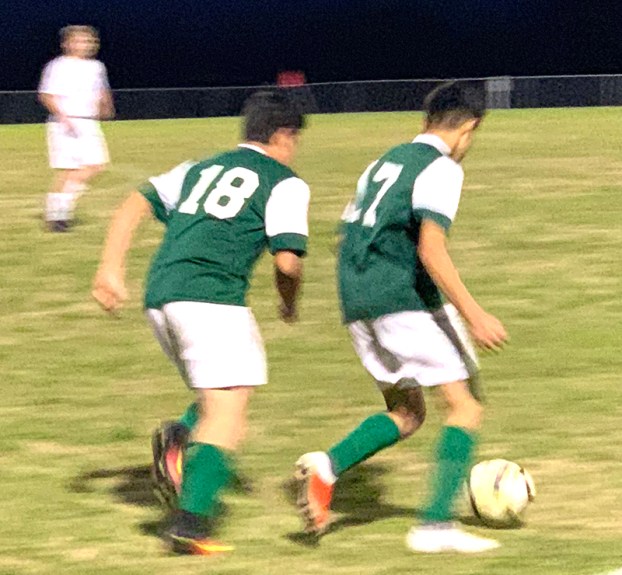 AMERICUS – Furlow Charter forward Enrique Retana scored a late goal in the closing minutes to give the Falcons a 3-2 victory over Wacoochee Junior High School (WJH) from Smith’s Station, AL.

The game was played at the Miller Rush Football/Soccer Complex.

It was a hard-fought and very physical match between both middle school soccer teams, but the Falcons found a way to come from behind to defeat WJH. 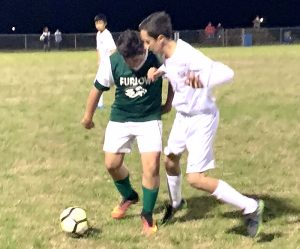 “It was a good game from both sides. The kids on both teams played hard,” FC head coach Robert Gonzalez said. “I’m excited that we passed the ball well as a team and that we were able to go out and get the victory.”

Robbie Gonzalez put the Falcons on the board first as he received a pass from Edwin Gonzalez and shot the ball past the WJH goalkeeper to give FC a 1-0 lead.

However, the boys from Alabama would not go quietly. Devin Stone was able to get the equalizer to tie the score at 1-1 by halftime.

In the second half, Stone gave WJH the lead when he scored his second goal of the match. However, late in the game, the Falcons were awarded a free kick. Jorge Gonzalez sent the ball into the box where Edwin Gonzalez was able to get a foot on it and shoot it past the goalkeeper, tying the match at 2-2.

Then with just a few minutes left in regulation, Retana got the go-ahead goal to clinch the victory for the Falcons. 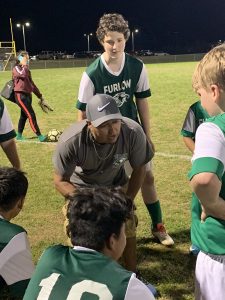 It was a back-and-forth match as both teams had numerous chances to score. It was also a very physical match with several hard fouls committed by both teams.

Up next for the Falcons will be St. Teresa’s Catholic School on Tuesday, March 19, at the Miller Rush Football/Soccer Complex. Start time for the match is to be determined.