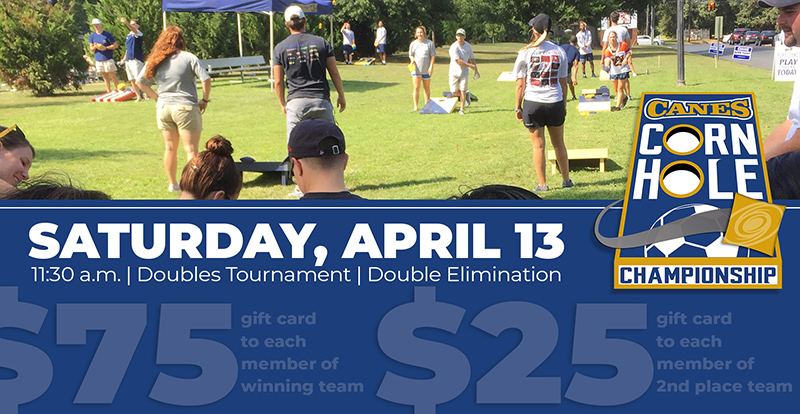 The GSW Athletic Department presents the annual GSW Corn Hole Championship to be held on Saturday, April 13, in the parking lost between the GSW softball complex and baseball stadium. The tournament will begin at 11:30 a.m. Photo by GSW

AMERICUS – The Georgia Southwestern State University Athletic Department presents the annual GSW Corn Hole Championship to be held on Saturday, April 13, in the parking lot between the baseball, softball and tennis complexes. The tournament will begin at 11:30 a.m.

The corn hole tournament is a free doubles tournament and is limited to 20 teams. At least one member of each team must be either a GSW student, alum, faculty member or staff member. It is a double-elimination tournament and each member of the winning team will receive a $75 Walmart gift card. Each member of the second-place team will receive a $25 Walmart gift card. Water, soft drinks and food will be provided. The tournament will take place a half hour before the GSW softball team hosts UNC Pembroke at 12 p.m.. The GSW baseball team will be hosting Lander University at 1 p.m., and the GSW men’s and women’s tennis teams will host Lander University at 2 p.m.

Those who want to participate must register on line at www.gswcanes.com/cornhole19.