ANDERSONVILLE — Authorities executed arrested an Andersonville couple on Sunday on animal charges.
Gregory E. Stuckey, 56, and his wife Bridgett A. Stuckey, 36, both of 415 Confederate St., Andersonville were taken into custody Sunday and have since been released on bond. They are both charged with cruelty to animals. 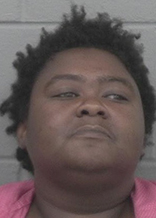 According to documents from the Sumter County Sheriff’s Office, a deputy responded to that address on April 2 at the request of Robert Orbera, the Sumter County animal control officer. They found about 18 dogs on the vacant property. The deputy, in his report, said the dogs appeared to have been neglected and some were on chains approximately four feet long. “There were dogs chained to trees, vehicle, poles in the ground, and one dog chained to a couch,” the deputy reported. They observed other dogs in makeshift dog pens and kennels, “some barely big enough for the dogs to move.” They also observed a trash hobo filled with what appeared to be animal bones, which were also strewn throughout the yard where the dogs were being kept. Some of the dogs were “extremely malnourished and in poor health,” the deputy wrote. That day, Orbera removed six dogs from the property and took them to the Sumter Humane Society’s animal shelter in Americus. The suspected owner of the dogs was the property’s last resident, Greg Stuckey.
About two hours later, another deputy patrolling in the same area was flagged down by a young female walking on the road, crying. She told the deputy that Greg Stuckey had threatened to burn down her relatives’ homes for allowing his dogs to be seized.
Later that same day, several other people contacted the Sumter County Sheriff’s Office reporting that they had heard Greg Stuckey making threats to burn people out and kill them for having his dogs taken. The following day, April 3, the animal control officer returned to the Confederate Street address and observed several dogs chained to trees and abandoned cars without water or food. He also found two puppies inside a cage too small for them. He removed six dogs from the property, transporting them to the humane society again. Orbera wrote in his report that he also saw several dogs remaining at the resident in need of removal. One of the dogs became vicious, charged the officer, and had to be euthanized.
On the morning of April 15, a search warrant was executed at the same address. Authorities found 13 dogs living in unsanitary conditions. There was no food, and the water found in containers was cloudy and not fresh. Not all the dogs even had access to dirty water. Orbera wrote in his report that most of the dogs were “bony;” that grass on the property was uncut and grown, and the dogs lacked adequate shelter from heat or rain. He found two dogs with no shelter at all.
Inside the residence, they found evidence that a dog had previously been kept in a bedroom; it was littered with dog feces and the entire residence smelled of trash. They found a 55-pound bag of dog food, filled with ants, in a car parked in the front yard. They also found empty bags of dog food in vehicles in the yard.
The animal control officer transported another group of dogs to the humane society as well.
Warrants were served on the Stuckeys on Sunday.
Sumter County Sheriff’s Chief Deputy Col. Eric Bryant told the Times-Recorder that a total of 22 to 25 dogs had been seized from the address. He said the investigation is ongoing by his office, the Sumter County Humane Society and there’s a possibility that the Georgia Department of Agriculture will also be called in.