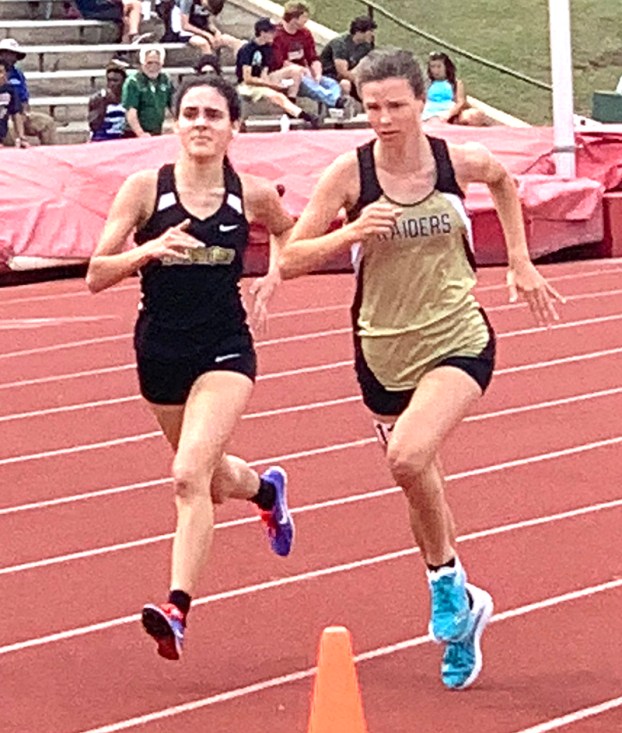 Southland Academy’s Elizabeth Law tries to fend off a competitor in the finals of the Girls 1600 Meter Run at the GISA State Meet. Law finished in the top eight of the event. Photo by Ken Gustafson

Southland Track & Field off to strong start at state meet

Thursday, April 25, was the first day of competition. Most of the events on Thursday were in the preliminary stage, with the finals to be held on Saturday. 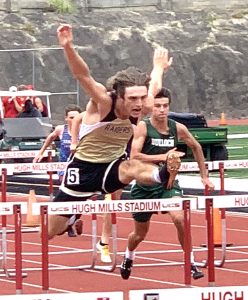 However, the finals of the Girls 1600 Meter Run took place on Thursday. Elizabeth Law turned in a strong performance for the Raiders in the event as she finished in the top eight with a time of 5:57.27. The top eight finishers in this event were awarded medals. For Law, her faith in God and her reliance on Him to give her strength was what pulled her through. “I just prayed before the race and put everything in the Lord’s hands. I just tried not to get nervous about it,” Law said. “I just tried to stay within a distance of the front runners. My goal was to get into the top eight.”

In the finals of the Boys 1600 Meter Run, which also took place on Thursday, SA’s Tanner Humphrey, an eighth grader, very nearly placed in the top eight, but finished ninth with a time of 5:03.56. Though he didn’t finish in the top eight, Humphrey set a personal record, shattering his previous time of 5:18. Humphrey believes that the experience of the older competitors made the difference in the race. “It was mainly the age difference. As an eighth grader, it’s a great thing to compete. I get the opportunity to be in the state meet,” Humphrey said. “A lot of these guys are older and have more experience. I just need to put more practice in, but the age difference and the experience is the main thing.” 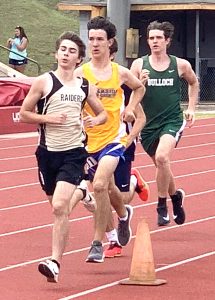 Southland eighth grader Tanner Humphrey competing in the Boys 1600 Meter Run. Humphrey finished ninth in the event with a time of 5:03.56.
Photo by Ken Gustafson

The Raiders’ 4×100 meter relay team of Clay Owens, Luke Law, Caleb Law and Landon Law finished in fourth place in the preliminaries of the event, which was good enough to put them in the finals. The team finished in a time of 45.07. 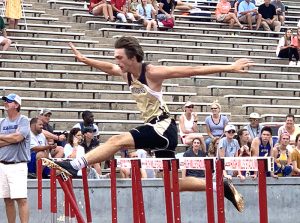 Southland’s Bennett Carey competing in the preliminary round of the Boys 300 Meter Hurdles.
Photo by Ken Gustafson

Nathan Duke earned himself a spot in the finals of the Boys 400 Meter Dash by finishing in sixth place with a time of 53.32. Duke will be competing in the Boys Triple Jump on Friday. 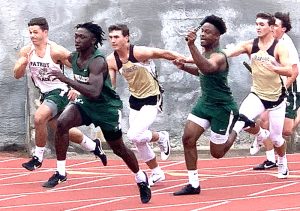 All of the field events, such as the shot put, discus throw, high jump, long jump, triple jump and pole vault will take place on Friday, April 26. Several SA athletes will be competing in those events. The preliminaries of the Boys and Girls 4×400 Meter Relays will be on Friday as well. The finals of all of the remaining running events will be held on Saturday, April 27.