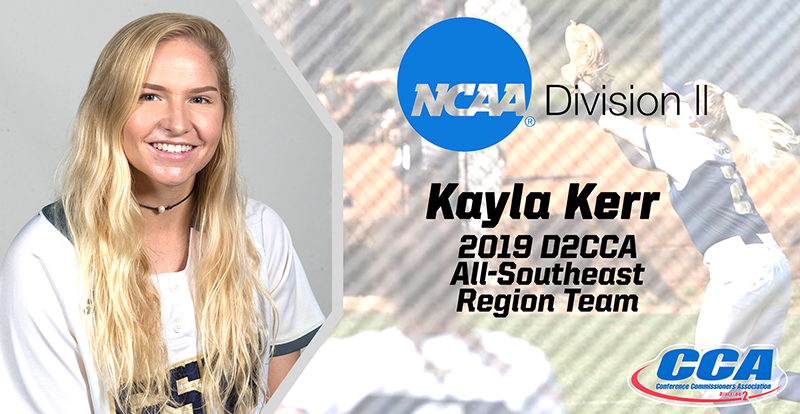 MILLEDGEVILLE, GA – GSW junior left fielder Kayla Kerr has been named to the 2019 Division II Conference Commissioners Association (D2CCA) Softball All-Southeast Region Team. The announcement was made on Thursday, May 9.

Kerr’s outstanding performance on the field landed her a spot on the All-Southeast Region Second Team. She was one of 14 Peach Belt Conference players to make the team.

The Somerset, TX native started in all 55 games and led the Lady Hurricanes in multiple categories, including batting average (.343), doubles (11) and RBIs (41).

Kerr also led the team with 59 hits out of 172 at-bats while tallying 29 runs. She is currently fourth on the team with six home runs and ended the season with a 14-game hitting streak.

Kerr also got it done on the defensive side as well. She finished the season with a .952 fielding percentage with 62 total catches and 55 putouts, along with four assists. Kerr has been a part of one double play this season.