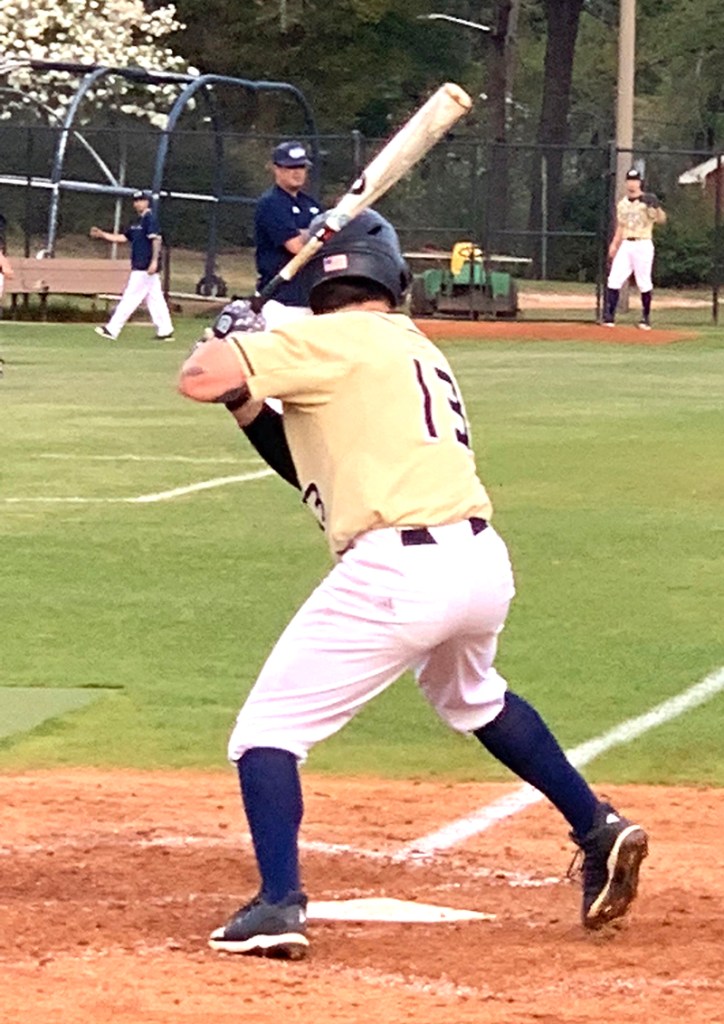 GSW senior infielder Jason Baita led the Hurricanes at the plate during the Peach Belt Conference Tournament. Baita went 7-for-14 during the tournament with two doubles, a walk and four RBIs. ATR Archive

The Hurricanes got off to a good start on Friday morning, May 10. They defeated the No. 1-seeded University of North Georgia Nighthawks 4-2. They continued their run in the tournament by defeating fifth-seeded Georgia College 9-2 on Saturday, May 11. However, they lost 14-4 to the Mountain Lions of Young Harris College later that day. YHC went on to match GSW with a 2-1 record in pool play. The Mountain Lions advanced to the PBC Championship Game by virtue of winning the head-to-head tiebreaker over GSW.

Senior infielder Jason Baita led the Hurricanes at the plate over the weekend by going 7-for-14 with two doubles, a walk and four RBIs as the leadoff batter. GSW catcher Jacob Harrell reached base numerous times during the tournament. Harrell went 3-for-7 and walked five times for an on-base percentage of .667.

On the mound, Tucker Smith, the PBC Pitcher of the Year, did not disappoint. After giving up two runs in the top of the first inning against UNG, Smith pitched eight consecutive scoreless innings for his sixth complete game of the season. He walked two batters and struck out six for his ninth win of the season. That’s the most wins of any GSW pitcher in a season since the Hurricanes joined the NCAA.

Cole Garrett came into the Georgia College game in the fourth inning as a relief pitcher. Garrett was able to close it out for the win by holding the Bobcats to one run the rest of the way. Garrett gave up four hits, walked two batters and struck out four in the 9-2 win over GC.

In the third game of the tournament against YHC, the Mountain Lions jumped out to a 7-0 lead by scoring two runs in the first, two in the second, one in the third and two in the fourth inning. That was just too much for the Hurricanes to overcome. GSW scored the final run of the season in the bottom of the ninth on an RBI single by Tyler Skelton.

GSW plans to release the 2020 baseball schedule later this summer.