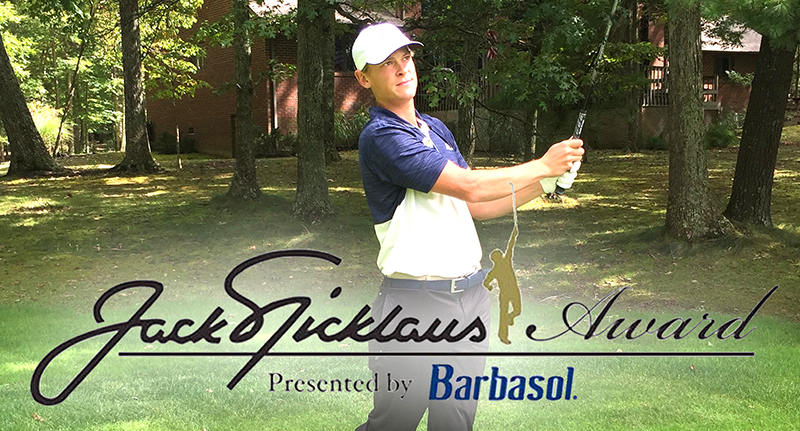 GSW golfer Vincent Norman has been named as a semifinalist for the 2019 NCAA DII Jack Nicklaus National Player of the Year Award. Photo by GSW

Norman, who is currently ranked 11th in the NCAA Division II by Golfstat, recently finished in third place at the NCAA DII South/Southeast Regional, where he earned a spot to compete in the NCAA DII Men’s Golf National Championship Monday through Friday, May 20-24, in Daniels, W. VA.

The two-time Peach Belt First Team All-Conference player has earned four PBC Player of the Week awards and has earned five top-5 finishes this season. He finished in first place at the Hurricane Invitational, where he broke his own record by shooting a record-low 13-under par.

Norman currently leads the PBC with a 71.5 stroke average throughout 33 rounds of golf. Norman is also tied for third in the conference and shot a player-low of 66 (-6) during the second round of the Hurricane Invitational.

The Stockholm, Sweden native is one of three representatives from the PBC on the 30-player Jack Nicklaus Award semifinalist list.

The Nicklaus Award recipients will be announced on Thursday, May 30. Jack Nicklaus himself will present the honor at a ceremony during the final round of the Memorial Tournament at Muirfield Village Golf Club in Dublin, OH. In addition to receiving the award, the five winners across all divisions of intercollegiate golf will compete in the Barbasol Shootout for an exemption into the PGA Tour’s Barbasol Championship, which will be held Thursday through Sunday, July 18-21, at the Champions at Keene Trace in Lexington, KY. The Barbasol Shootout is set for Saturday, June 1, at the Ohio State University Golf Club’s Scarlet Course in Columbus, OH. That is the same club where Nicklaus played collegiate golf for the Buckeyes.