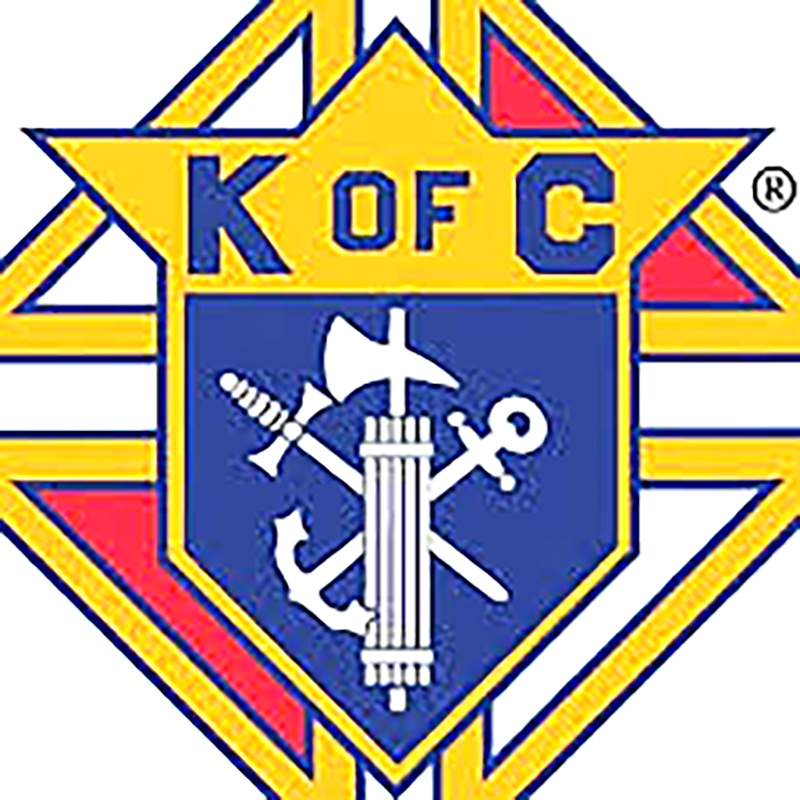 This is the logo for the Knights of Columbus, a Catholic charitable organization. The Americus chapter of the KOC held its 22nd annual charity golf tournament on Saturday, May 18, at the Griffin Bell Golf Course. Photo by Knights of Columbus

AMERICUS – Several golfers showed up on Saturday, May 18, to participate in the 22nd annual Knights of Columbus (KOC) Charity Golf Tournament, which was held at the Griffin Bell Golf Course.

According to Ron Akerman, head of the KOC Council #7113, the tournament raised $4,000 for charity. “Eight different organizations will receive a $500 gift from the Knights of Columbus at our June meeting on Tuesday, June 18,” Akerman said. “The tournament was very successful! Special thanks to all of our golfers, prize donors, hole sponsors and the staff at the Griffin Bell Golf Course.”

There were several contests that the golfers competed in to try to win prizes, such as closest to the pin, the straightest drive and, of course, the team scores. 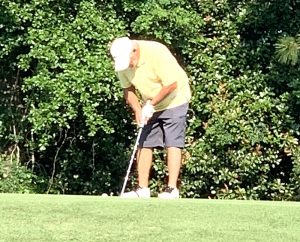 Buddy Dean, one of the golfers playing in the tournament, is about to make a put. Dean won the “Closest to the Pin” contests on the fourth, sixth and seventeenth holes. He also won the “straightest drive” contest for the men.
Photo by Ken Gustafson

All four teams donated their prize money back to the KOC.

Salter and Barnes told the Americus Times-Recorder that they have been playing in this tournament for at least 18 years and that they’ve known Ron Akerman for a long time. According to both golfers, the tournament originally started at Brick Yard Plantation. Buddy Dean has been playing in the KOC Charity Golf Tournament for several years. “Ron said this morning that they raised $4,500 last year, which was pretty successful,” Dean said. “Hopefully, they can do it again this year.”